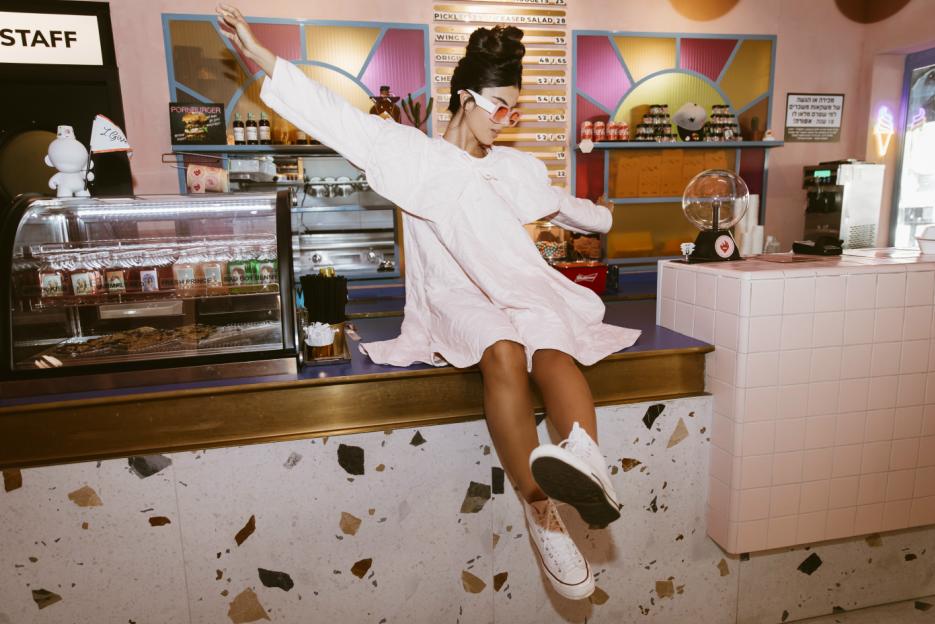 Dorin Hirvi explores past, present, and future projects and reveals some behind-the-scenes from her artistic journey!

Soulful singer, passionate artist, and brilliant actress, Dorin Hirvi is one of those artists who feel confident changing creative shape while keeping her focus sharp on each performance.

Today, at Planet Singer, we have the pleasure of discovering more about Dorin Hirvi’s world with an exclusive interview!

Hi Dorin, thanks a lot for being with us today at Planet Singer! Music, acting, and memorable live performances are some of the highlights that show how versatile and creative you are. We are thrilled to know more about your artistic journey, so let’s start from the beginning. When did you discover your passion for music?

I always love telling this story because it brings me back to the time when I didn’t believe I could achieve the things I have today. Back in middle school, I was a very shy girl. I always loved singing and felt like I had it in me, but let’s say I left it in the shower. I looked up to female singers from a young age and felt like I belonged on stage. My friend Dana heard me sing, sometimes when I didn’t notice I was singing out loud, and one day she tried to convince me to audition for the school choir. I always wanted to join but was too scared to actually audition. Somehow, I did it; it was one of the most terrifying auditions of my life to this day, but it was the first step toward my music career and the life I live today.

You are currently working on your new album. Can you tell us more about this project?

The whole album is focused on finding who Dorin really is, how she sounds like, and what words describe her. The process is so special to me because I’m able to know myself even more and explore what’s best for me, especially when I find the right music professionals who can translate what I’m feeling into sounds and magical tunes. This album will be a game changer for me; it’s the biggest project I’ve worked on to this day.

Let’s talk about the IDF Band; when did you guys meet?

My band and I met after we all drafted to the IDF under the military band unit. It was such a surreal experience, performing all over the country, at national events and ceremonies, in front of important figures like the President and the Prime Minister, and singing with the most famous singers in Israel. I got the chance to meet amazing musicians and music professionals that guided me and led me to where I am today.

Can you reveal what your creative process is? How does your music come to life?

Approaching a new creation can be done in a few ways in my case. Sometimes I’ll remember an experience from my past and just let those emotions guide me to write something new. Other times I’ll sit with a producer, talk about life for hours and let the words out on paper. Sometimes it’s simple as making up a story about a reality That I want to experience; It’s endless, really. I like listening to the ideas of musicians I work with and translating them into my story. The creative process is filled with mixed emotions; excitement, frustration, sadness, extreme joy, and, most importantly, honesty. That is what connects it all together. When I’m being honest with my lyrics, the audience can tell it’s real. I want my listeners to relate to my lyrics, have fun dancing to the songs and get emotional over the personal stories I’m telling.

You act as well; have you always had a passion for acting?

Before I knew I wanted to sing- I wanted to act. I watched actors on movies and TV shows all the time as a kid to the point where I could speak fluent English, a language I wasn’t surrounded by in any way, with an American accent and all (sometimes with a touch of British from my love for the Harry Potter movies). I did some short films and acted in an Israeli tv series. Although singing is my strength, I’m excited every time I get the chance to experiment on myself with new characters. 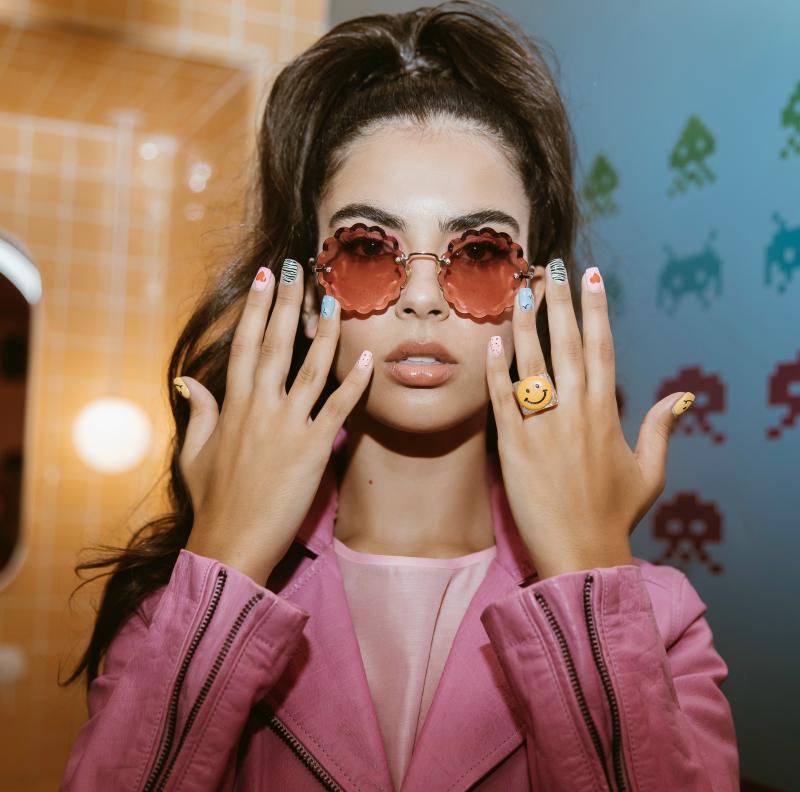 If you could collaborate with some of the artists who influenced your musical and acting journey, who would you like to work with?

What a question, it’s crazy even answering this. Especially because I truly believe words make reality. I love female artists like Billy Eilish, Dua Lipa, Miley Cyrus, and Doja Cat. I can definitely see a future working with them. The first songs I wrote were so inspired by Avril Lavigne, who is one of my favorite singers till this day. So who knows, maybe my rocker album will emerge to the world one day? We shall wait and see.

Your voice is incredible. Have you attended professional vocal lessons, or are you a natural talent?

I discovered the importance of vocal lessons later on my singing journey, So I would say singing is something I always had inside by default, but I definitely got better by practicing and taking care of my voice. Just the other day, I found an old video I took of myself singing, and it was crazy to hear I much I improved. I can control my vocals today in a way I couldn’t dream of being able to in the past, and the fun part is there’s always more room to grow. Take care of your vocal cords, kids.

Are you planning on going on tour this winter?

In fact, I am working on the live performances to my new album as we speak. Performing live is one of the things I love most about my career, I get the chance to connect with my crowd on a different level, and I’m very much looking forward to doing it soon with my new creations. I wish I could spill it all, but I still have some surprises waiting.

How was it to perform in front of illustrious public figures like the Israeli president and prime minister?

Super interesting; I always love performing at national events and formal ceremonies; it has a different feeling and meaning to it. I performed several times on the Independence Day ceremonies, with all the joy and gratefulness that day brings. I performed at events like the Israeli national Memorial Day, a day so filled with emotions, and sang to families who have lost their loved ones. Some performances leave me with a very meaningful feeling. One of my vocal teachers, Brenda, always talks about the gift of what we are capable of delivering when we sing and perform. The feeling, the message, that thing that could make a listener understand and feel something. That is one thing I think about a lot when I get on stage.

It’s a new era of my life, and I am very thankful for what’s to come. A new album, live performances, music videos, and more surprises. In the future, my biggest dreams are going to come true; that’s the plan. I’m already living one right now, so I know everything, and anything is possible.

Dorin, it was such a pleasure having you with us today! Is there anything you would like to say to our readers and your fans?

Thanks for having me! Make sure you stay updated on my social media platforms to know exactly when my new magical creation will be released. And if I can just say something for the readers, especially the ones with big dreams- It all starts with believing in yourself. Nothing is impossible, and you deserve to make it happen. I mean, who would have thought This shy girl from Israel would be a full-time singer-songwriter and be able to motivate others to follow and do the same?

We can answer that question; with an undeniable talent like Dorin’s, it would have just been a matter for her career to skyrocket! Check the links below, discover more about Dorin Hirvi and her latest projects, and don’t forget to add her music to your favorite playlists!

After captivating listeners with her performance of Yellow Brick Road, take on me and Yellow, Dorin Hirvi began to garner popularity in her native country of Israel. Her ballad-style vocals and pop singer-songwriter approach set her up to be the next pop star out of the middle east.

Dorin started her music career at the age of 16, competing on “The Voice” and performing for live audiences. She then joined the IDF band as a band leader-soloist and performed at national events and ceremonies and for major public figures like the Israeli president and prime minister.

After feeling comfortable on stage, she moved on to acting in TV series, short films, and even performing at concert venues.
She has recently amassed a cult following on social media and is currently working on her next album.

Jameel Patrick’s album “Crepuscular: The Prelude” is Out Now!