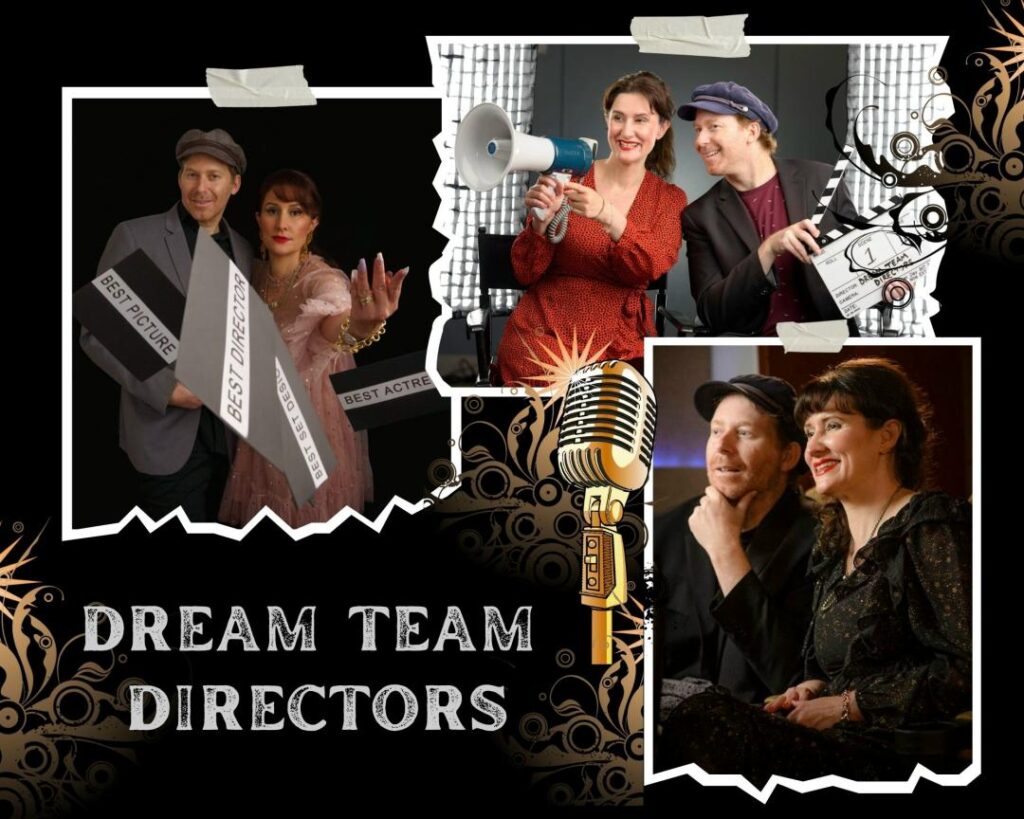 The Award Winning duo stands out for their creativity and artistic vision!

There is something magical behind the production of a film, a commercial, or a video clip. It is not only a matter of narrative, angles, location, or post-production; a good filmmaker has the unique gift to turn dreams, emotions, sounds, and visuals into a vivid and memorable life experience.

Award Winning duo Bayou and Daniel have that gift, that magical synchronism among the eyes, the brain, and the heart. Today we are about to discover more about their work and their world with an inspiring interview!

Bayou, Daniel, it is such a pleasure having you with us today! So many artists navigate our site, and we are sure they will love discovering more about your incredible work and your perspective as filmmakers! Let’s start from the very beginning! When did you meet, and how did Dream Team Directors come to life?

We met in 2007, I was coming out of yoga, and Daniel was eating a veggie dog at Earth Matters, a vegetarian cafe on Ludlow in the Lower East Side of NYC. We actually celebrated our wedding there two years later, taking pics at that original table we met at, but that’s another story! We were both working on film projects in 2007- mine was a transformation and personal film about me reconnecting with my father, a legendary musician from New Orleans, and his roller-coaster life metaphorically like Hurricane Katrina. Daniel was doing various music video projects for Sum 41, P. Diddy, Isaac Hayes, and more but really wanted to get back to fiction filmmaking too, so that became our goal. We decided to create our first project together, which instantly took off and our second project, “Text Me,” a comedic film starring Matt Bennett (a now popular DJ and actor) about the social media generation, went even bigger with awards, honors from Fox Searchlight and DreamWorks, a big Times Square screening, coverage in Teen Vogue and Seventeen. We knew we had a special relationship professionally and romantically with the effects we created together.

Do you always agree on how to approach every project, or do you bring your different ideas to the table and find the right one together?

We are the Dream Team because we build dreams and make others’ dreams come true. I will have a vision, then Daniel will add to it or vice versa, and it just keeps growing, becoming more and more remarkable. It really is a collaborative magic which is at the heart of successful filmmaking.

Dream Team Directors offers a wide range of services; Fashion & Beaty videos, Films, Commercials, Documentaries, and of course, Music Videos. What was your first project ever?

Our first project together was a TV pilot starring Lea Michele from Fox’s “Glee” and “Scream Queens.” It was about visiting exotic cultures without ever hopping on a plane – the fascinating ethnic neighborhoods of NYC. We won our first award ever together with this pilot at the prestigious NY Television Festival in front of hundreds of people. It was a “wow” moment that motivated us to keep creating.

When did you decide to widen your portfolio to different projects?

We have always been diverse because we are just so interested in life. We love Oscar-winning filmmaker Danny Boyle who did the Beatles-inspired film “Yesterday” because he doesn’t stick to one genre. We are similar, but one thing is common, our films and music videos are all inspiring.

Can you reveal your creative process? How does an idea become a finished video?

We love collaboration with the artist. For example, when Lindsey Stirling’s management approached us to make her documentary-style music video, of course, we said “yes.” I’ve been a long-time fan of her music and world. We got Lindsey’s vision for wanting to celebrate the everyday heroes who rescued people during hurricanes in Texas, Puerto Rico, and Florida. We ended up working on the pitch deck and showing how we would shoot her message of everyday Angels on Earth visually, which won us the job. The pitch deck created trust, then we simply brought it to life with locations, lighting, style, and casting, and Lindsey collaborated with us on the editing. It was really cool because we both wanted an inspirational message with music as the vehicle. 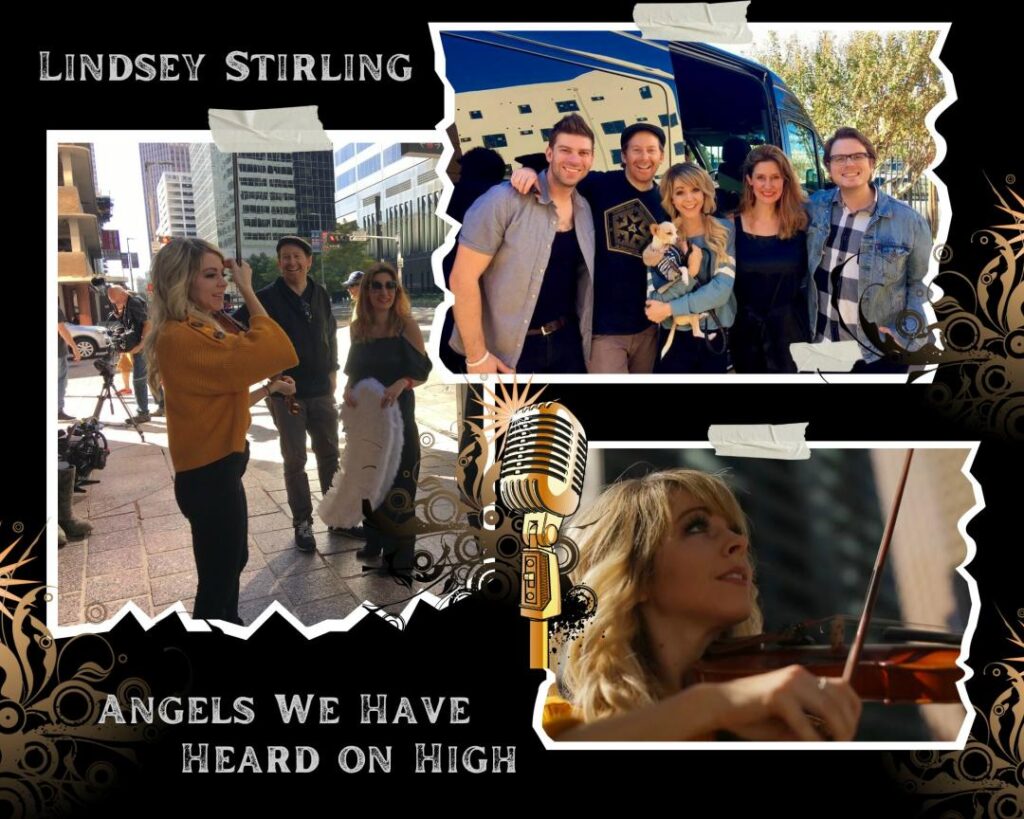 Let’s talk music; what genres do you like? Any favorite artists or bands you listen to?

Daniel and I bonded on Led Zeppelin when I took him on a memorable trip to my hometown of Eureka Springs, Arkansas. We had another strong bonding experience watching the Red Hot Chili Peppers documentary about the making of “Blood, Sugar, Sex, Magic.” That is a very special film that represents what we love about musical creativity. It’s been such a blessing to be involved with musicians and feel their creativity in our work, like with Jesse Jo Stark and viral Brazilian group Ana Vitoria. I personally love Coldplay; the fact we got to work with them on a short documentary that raised over a million dollars for at-risk youth was another dream come true.

Your music videos are incredible; how do you approach the artists during all the project phases? Sometimes they have impossible requests for their budgets, so how do you keep everything under control yet make them feel involved in the decisions?

Thank you very much. We love to enhance the song while elevating the band’s brand. We also love helping the band learn how to promote and market their piece next level. We have been able to get our music videos like “I Want You Bad,” we directed and produced for Sad Robot on Virgin Produced (airlines, hotels, mobile) through our partnership which was cool. We consider it our goal to expand their career. It’s really about making sure that the look, style, and feel is right for the band and that they stick out as a clear brand in the marketplace. Their world has to be so hyper-cool and defined it can’t be found anywhere elsewhere, and we help create that vision.

Sometimes they have impossible requests for their budgets, so how do you keep everything under control yet make them feel involved in the decisions?

We always validate their ideas, and we have done hundreds of budgets so we can help create the best product for them while being realistic. It is about being realistic at the very beginning, but it’s also a strong belief of ours that great art is often minimalistic.

If you could give a piece of advice to a single artist, a band, or an actor who is planning to shoot a first video project, what would it be?

Really have your whole day planned out. Don’t try to figure it out on set; the more prepared you are with preproduction, the better your project will go. Get the best cinematographer and editor you can find. That plus awesome hair, makeup, and wardrobe, and you are set! Oh yeah, concept, ha ha, that’s the most important. 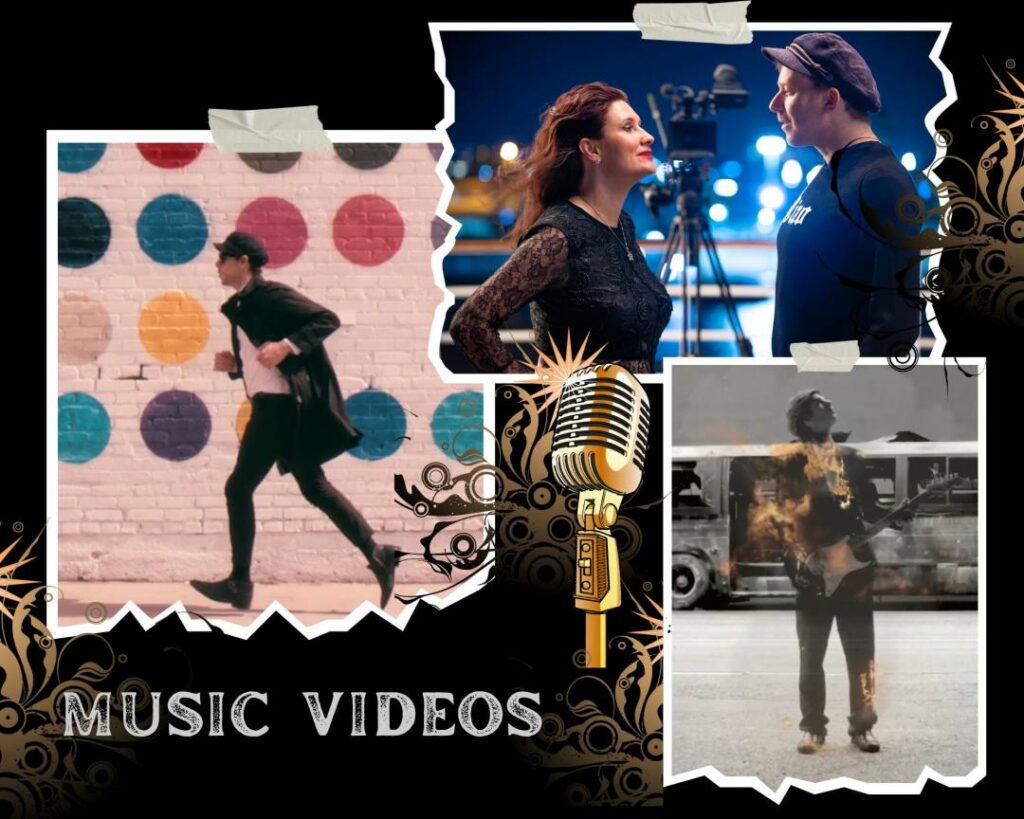 We have a screening of our latest music documentary, “Destination Angels,” narrated by Norman Reedus of the “Walking Dead,” coming up Sept 25th at the AMC at the Grove. It was so cool collaborating with amazing Producer Dru Decaro and folk hero, Fences on the story, as well as with the estate of iconic writer Jack Kerouac. The film is super original and is about Fences and Dru retracing Jack’s spiritual footsteps from Venice Beach to SF and creating music in roadside motels inspired by his culture-changing literature.

Guys, it was such a pleasure having you with us today! Is there anything you would like to say to our readers?

Don’t give up on your dreams. Artists are super important to the future of the planet. As Artists, we inspire, enlighten and just plain entertain. Keep creating!

Check the links below, and discover more about Dream Team Directors and their incredible work!

An inspiring interview! Dream Team Directors stand out for their creativity and artistic vision!