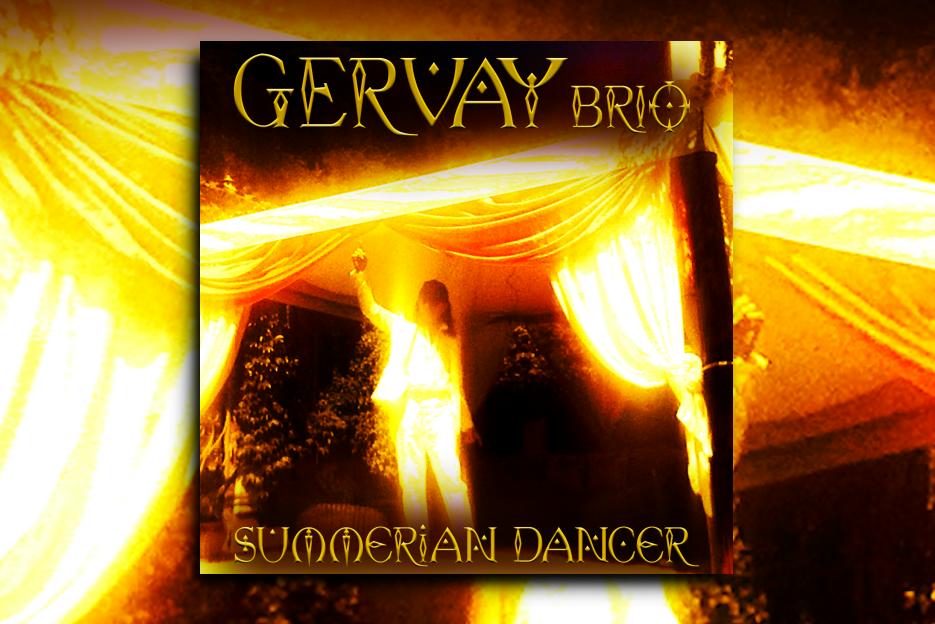 "Summerian Dancer" is one of those tracks Dance lovers cannot miss!

Intriguing and captivating, “Summerian Dancer” signs the comeback of one of the most interesting producers who conquered the international panorama. Strong of a personal touch and unique songwriting skills, Gervay Brio marks a brand new chapter of his music career with another outstanding track!

Today, at Planet Singer, we have the great pleasure of listening to his latest single, “Summerian Dancer,” discovering more about this talented artist with an exclusive interview!

Hi Gervay, thanks a lot for being here with us today at Planet Singer! Your latest single, “Summerian Dancer,” is a track that tells a lot about you, keeping that unique trademark sound that makes you stand out, blended with a modern and international twist. We are thrilled to know more about your artistic journey, so let’s start from the beginning. How did you discover your passion for music?

I learned music at the same time as reading and writing; my mother was a lover of Maurice Ravel’s Bolero and Pachelbel’s Canon, which were the first music I heard. I started learning classical piano as a child until Jimi Hendrix became the shock of my life, and I learned guitar. I loved Blues and created my first Rock band when I was fifteen and then several experiences with Jazz fusion, World music, Ambient, Electro, House… I had the chance to know the seventies where there was a peak of music of real great artists like Santana, John McLaughling, Chick Corea, Magma, Jean Luc Ponty, or Miles Davis that I had the chance to meet and that inspired me like great brothers. As in those years, we were spiritual seekers, I became interested in the secret and sacred power of music and composed the first New Age music in France, inspired by oriental traditions in resonance with my meeting of great Tibetan masters like Karmapa XVI or my master of Indian music, chanting and yoga of Sound, the virtuoso Nageswara Rao, I became a music therapist and produced music for Healing and Meditation, according to with ancestral Chinese, Indian, Tibetan, Celtic traditions heritage, I have been teaching in hospitals, seminars the healing power of music as one of the pioneers of electronic music in France and it was, therefore, natural to become a deejay in the 2000’s, after my meeting with great deejays in Budapest. I went to present my work at the Miami Winter Music Conference and met an unexpected success that earned me the title of “Maestro Dj” by the jury chaired by Darryl Pandy (Michael Jackson, Madonna…); still today the American public is the most loyal and enthusiastic. I had the chance to mix in the best clubs in Miami, Paris, New York, St Tropez, Croatia, Malta and meet good people with my music, which is essentially for good people! I received an Akademia Music Award Los Angeles even living in Paris, and I continue to produce my music for a growing audience, despite the difficulties of the current musical world, where we must admit that we work only for the Glory, like the heroes of antiquity, as music industry today steal all of our money work.

“Summerian Dancer” is such a great track! Can you tell us more about this song?

After the success of “Napoleon Dream,” which was a tribute to one of my historical heroes, I wanted a lighter song, especially when people are in this tragic situation related to this disease, which for me is a real organized crime. I wanted to celebrate the return to the dance floors, which are places, privileged spaces where life can dance! The lyrics are very short and hypnotic to get people out of this slump and have fun!

I find my motivation through the trials of life and my compassion for all the beings who are in this impermanent condition, in this world that is becoming more and more complex and dangerous. I am descended from a knight of Joan of Arc and a revolutionary friend of Bonaparte; I have always been a rebel, but with a just cause, hoping happiness for all, my music is my weapon of mass construction. 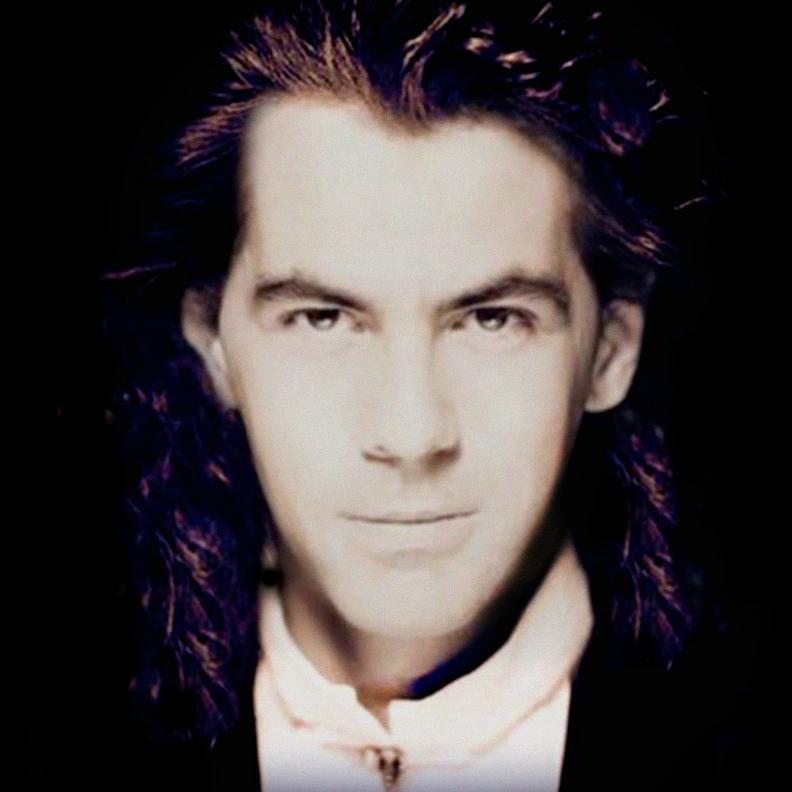 And talking about inspiration, how do you turn feelings and emotions into great music? Can you reveal what your creative process is?

As I said, my motivation comes from my experience and my sensitivity; I transform through my music, I stun the pain in happiness; it is also my therapist side and the fruit of my meditation. Music has a much greater power than one imagines and goes beyond mere amusement, as Plato said: “if you want to govern a people, control its music,” and this is exactly what the system does today by producing mind-numbing and toxic music, so you have to respond with purer music, it’s a real war!

What do you think about the contemporary Dance music scene?

The music has changed, it is no longer produced by musicians but by sound engineers who take themselves for artists with avidity, and it’s for free! Creativity has given way to brainwashing, of which the EDM or EvilDurtyMusic has become the relentless virus, injected by usurpers such as David Guetta or Bob Sinclar in France, doing music to be « famous.» This degeneration of music is very serious because it reflects and influences the collective unconscious and can accentuate the despair of everyone pushing to drugs or alcoholism, as has become the case everywhere. Rap music is an insult to music, diverted for commercial and criminal purposes, it is the betrayal of the Blues, and his benevolence and pop music has become an odorless washing machine product. Of course, there are very few « stars in daylight » like Nick Warren or Sasha and some good deejays, but music is rotten by money like everything on Earth today…

Sincerely mains are no more here; I would have liked to play with Jimi Hendrix or Miles Davis, today I will be happy to produce with Nick Warren, my favorite deejay.

Your songs are much more than just great productions. Behind your songs, there is always a strong message aimed to impact the listeners positively. How important is it for your to reach and transmit your message to the listeners through your music?

My motivation remains spiritual; I am not a materialistic man; I love dreaming, beauty and kindness; I hate competition and collective stupidity. I find it hard to live in this current era of illness and hatred when my youth was lulled by Flower Power and its wildest dreams of Peace and Love, but I have not remained a belated hippie. My message remains the same that the one of my « great brothers » Hendrix, Davis, Mahavishnu, Santana, Bob Marley, Frank Zappa, and so on, witch is resume in « love urself and u will love other,» may my music like them bring this message in the worldwide hearts, I could die happy.

“Summerian Dancer” follows the success of your previous single, “Napoleon Dream,” another excellent track that blessed this 2021. Can you tell us more about this song?

Since my early childhood, Napoleon has been my favorite hero, as a determined and brilliant man who changed the world by destiny as bright as it is fatal. When I learned in France that President Macron, who thinks of himself as Napoleon, did not want to honour his bicentenary with dignity, I was revolted, and this idea came to me as well as the lyrics and the melody. I like to pay tribute with my music to the people who inspired me and whom I respect at the highest; I did it for Che Guevara, Wilhelm Reich, Karmapa, Gandhi… I believe that music must inspire a dimension of respect and honour, which according to the adage, is the cause of the arts except for today’s fakers.

My project is to go back to live in the United States where my real public is; Europe is definitely the “old world,” and I’m eating there. My dream is to perform my songs on stage, not only as a deejay but with my artistic dimension, with musicians, graphics, and dancers; I am always planning my futuristic opera, whose theme is precisely music and its power.

Gervay, it was such a pleasure having you with us; we are sure your music will inspire many upcoming producers. Is there anything you would like to say to our readers?

All I can say to conclude is that I wish a lot of courage to the artists of the future, that they continue to fight to defend their creativity, which is the most precious treasure of humanity. For more details, I wrote my bio book « The Shaman & The Deejay,» where I explain my life and what I think of it. 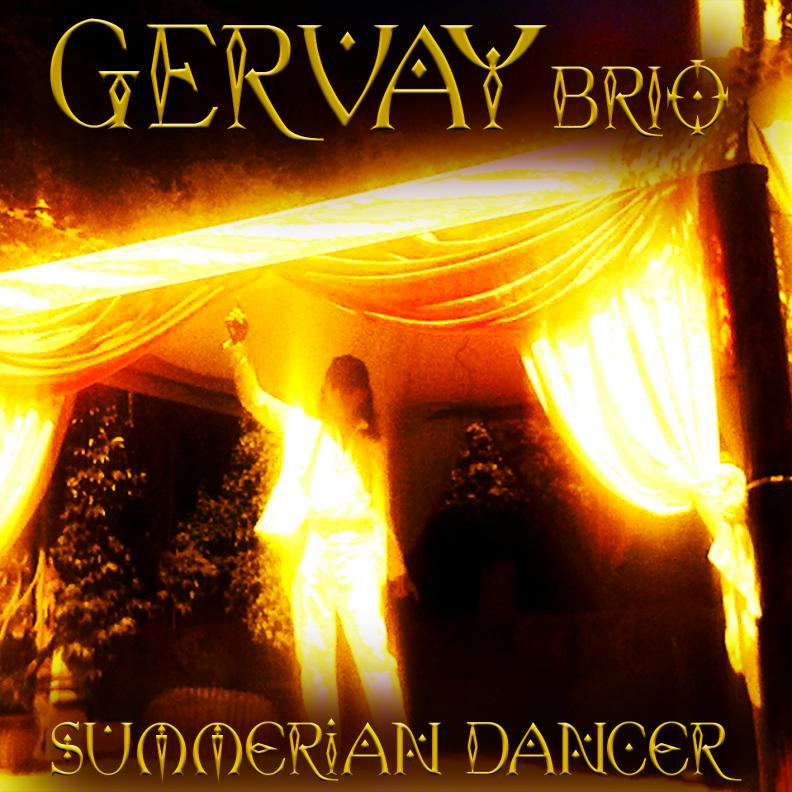 Check the links below, discover more about Gervay Brio and his music, and don’t forget to add his tracks to your favorite playlists!

Exclusive interview with talented artist Stella West about her latest release and much more!

Reegonetti Band to celebrate four decades of activity with a full-length album!

TYSON FIELDS – When talent has no age! Exclusive interview!