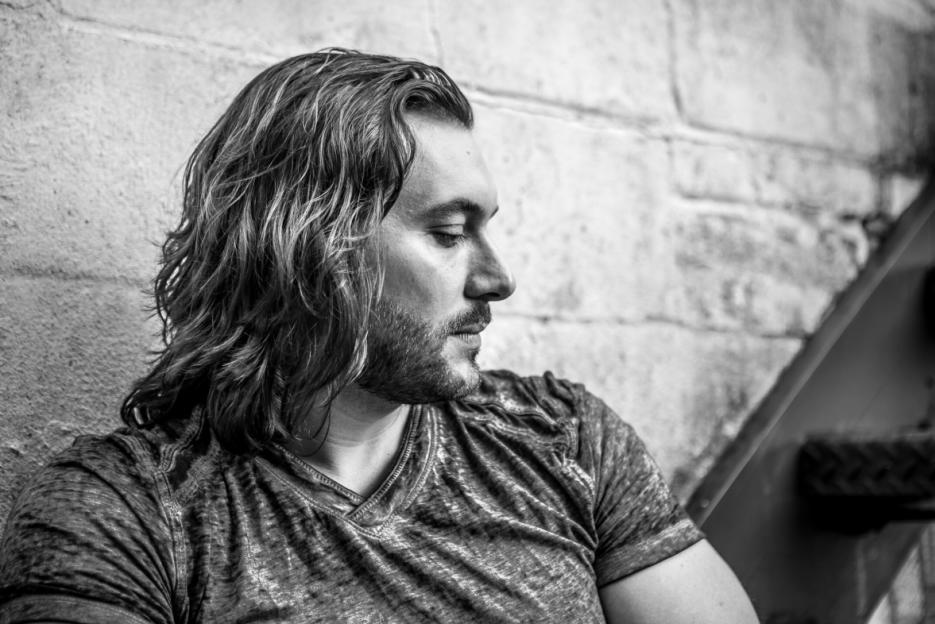 Every artist is different, and sometimes the artistic path before them can be full of obstacles, turns, and challenges. In the overcrowded and frenetic contemporary music scene, where most artists chase the digital algorithm to grab a bunch of likes and streams, there are still artists like Matt Westin that, strong of incredible musical talent, conquer their listeners with excellent songs. Tracks like “Stomp On,” “Hey Bro,” and his latest single, “Thin Blue Line,” are proof of his versatility and artistic maturity! Today, at Planet Singer, we have the great pleasure of listening to his latest releases and discovering more about this talented musician with an exclusive interview!

Hi Matt, it is such a pleasure having you with us today at Planet Singer. From your debut album “Legacy,” your sound maintained that genuine and honest approach, yet evolving and incorporating all those vibes that make Country Music so iconic. Let’s start from the beginning; how did you discover your love for music?

Well, I’ve loved music for as long as I can remember. My first memory of music is when my dad gave me a cassette of Elvis’ hits. I was about three years old, and I just sat on my bedroom floor and listened to it in awe. I played multiple instruments in grade school, but I didn’t fall in love with singing until college. It helped me get through the stress, and it became a type of therapy for me. I started learning by emulating guys like Frank Sinatra, Johnny Cash, Garth Brooks, and Toby Keith, and learning how my voice worked. Once I hit my first karaoke bar, I was hooked forever, and as my skills grew, I began guest singing for a friend’s band and my cousins’ band. Now, it’s what I hope to do for the rest of my life!

What are your main influences?

As a country recording artist, it’s strange to say, but Frank Sinatra is my biggest influence. He’s the guy who I really learned from, by emulating him when I was in college, singing in the car or in the shower or on the way to class. He’s still my favorite, all time. But for country music, my biggest influences are Toby Keith, Johnny Cash, and Garth Brooks. I think my style is somewhat similar to Toby’s, with a country-rock style that incorporates modern and classic country elements, mixed with a little testosterone and often a little patriotism. 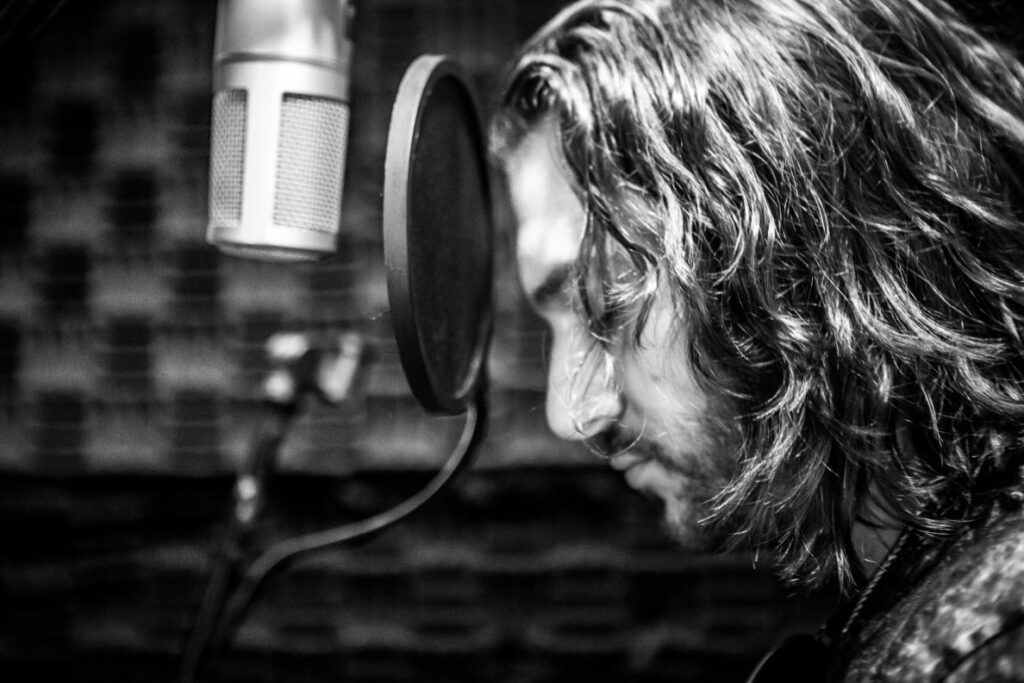 Your latest single, “Thin Blue Line,” was released on February 26th. Can you tell us more about this project?

The inspiration for this song originally came from a close friend of mine who is a retired police lieutenant. He’s one of the best humans I know, and I respect and love him very much and respect his life-long service. Learning about what he experienced, and seeing the pain and pride in his face, it inspired the idea in me. It’s incredible to me the sacrifices they make, and the fact that they risk their lives for others is so powerful to me. I couldn’t do what they do. I don’t know how they can see some of the most awful parts of this world and then go home to be a husband or wife, or a mother or father. With the increasing climate of anger and hatred we’ve seen, what was originally inspired by my friend ended up becoming a tribute to all of the men and women who accept the sacred duty to protect and serve their fellow man. I wanted to give them something to encourage them and support them, and put out a message of love, pride, sacrifice, and brotherhood that truly needs to be heard more now than ever before. It’s an anthem for the brave men and women in blue, and my small heartfelt positive contribution to our society. 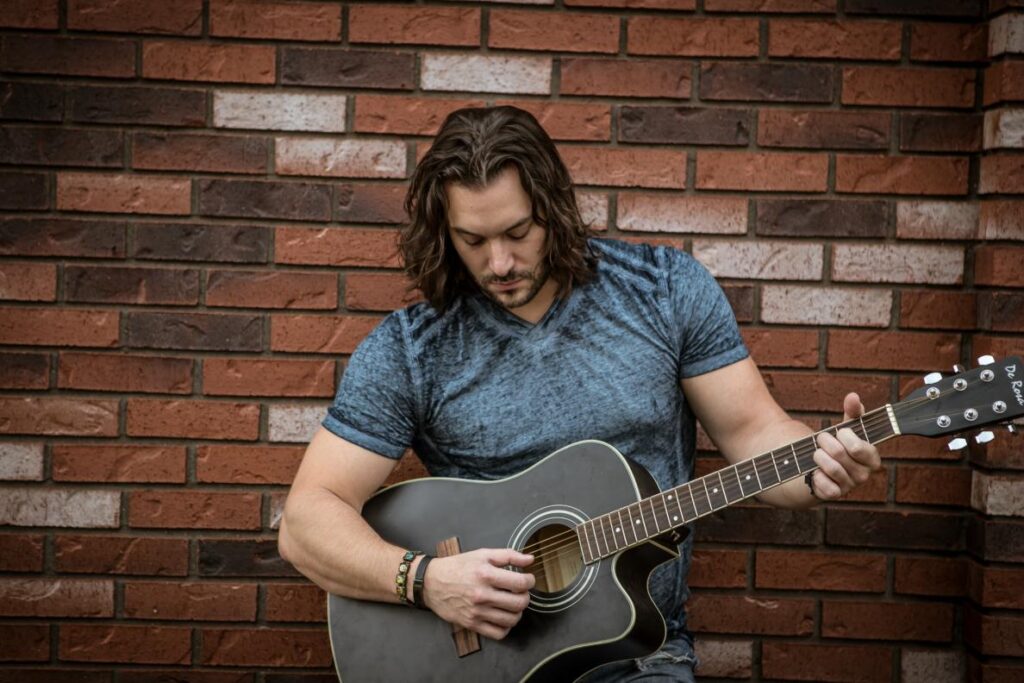 I liked your previous singles as well, “Stomp On” and “Hey Bro,” I think they show how versatile you are. What’s the story behind these two songs?

Thank you! Well these two songs were released after my debut album. I wanted to raise the bar, evolve my sound a bit, and release some more testosterone fueled music. With “Stomp On” being a “banger”, as my producer jokingly labeled it, I wanted to paint a baddass visual image in the listeners’ heads right from the beginning. There are boot spurs jingling with the beat and there’s an ominous sounding tremolo on the heavy guitar in the intro. I just imagine Clint Eastwood walking up Main Street at high noon, with his trench coat, cowboy boots, cigar, and pistol on his side, with maybe something exploding in the background too. This song is fun and relatable for just about everyone, being about your stomping grounds where you can be yourself, hang out, and blow off steam with your people. “Hey Bro” is another rockin’ country song, and it’s about the powerful bond between people who go through things together in life. It’s about having someone’s back through thick and thin. It celebrates a bond of brotherhood that is more than family and thicker than blood. I dedicated this song to my cousin who was nearly killed in a terrible accident a while back. When he finally came home from the ICU, he was still very banged up, and when he heard the song he started clenching his fist and tapping his foot, getting pumped up from the song and what it represents. From that moment, this was our song, and I was able to perform it live for him last year at an awards ceremony from my school district. They hit him with the big spotlight, he stood up, and the whole crowd applauded him. It was a beautiful moment. “Hey Bro” will always be a special song for me.

Your songwriting style makes your music unique. Can you reveal your artistic process when it comes to creating your music?

Thank you. I have written lyrics since I was a kid, as well as poems and stories. Going back to grade school, I’ve had an ability to write and it was even recognized by my high school AP English teacher. Since I’m not a very good guitar player (yet), I’m mostly a lyricist, so I treat the songs almost as poems by focusing on the words and the message and story behind the songs, then the melodies kind of fall out of the lyrics. One reason I believe I gravitated towards country music is because of the storytelling that has historically been a part of this genre of music. The way my brain works, once I get rolling with a basic story or message behind a song, there’s a zone where words just start flowing. I can’t tap into it every time, and I really can’t force it, but when it happens, I can usually write a first draft of a song in a matter of hours. Rarely do I have to come back to a song more than 2 or 3 times. I guess it’s difficult to force creativity, and I think it kind of has to happen organically when it’s ready. When I co-write, I love to just talk for a while, and get comfortable with my co-writer, get a sense of each other, and get a vibe going. It makes the writing process so much more efficient and enjoyable. Once again, you can’t just force creativity. I always say to throw any idea out there, no matter how dumb it may seem, because inspiration can come from anything, and one terrible idea may spark an incredible idea. That’s another reason why I like to chat for a while and get comfortable, so that ideas are flowing freely without fear of embarrassment. It’s a lot of fun.

Inspiration can come from just about anywhere if you’re open to it, and I typically write things that are on my heart or mind, or are part of my experience. I’ve written poems years ago that I’m still very proud of that were inspired by looking out my bedroom window during a changing of the seasons, and one about the power of prayer when I was going through a very dark time. My latest single “Thin Blue Line” was inspired by my good friend and his brothers and sisters in law enforcement and the reality of their day to day lives. An as yet unrecorded song I wrote was inspired by my late uncle and his simple philosophy on life, which is actually pretty deep, but the song is fun and relatable. Inspiration can literally come from anywhere, if you stay open to it. 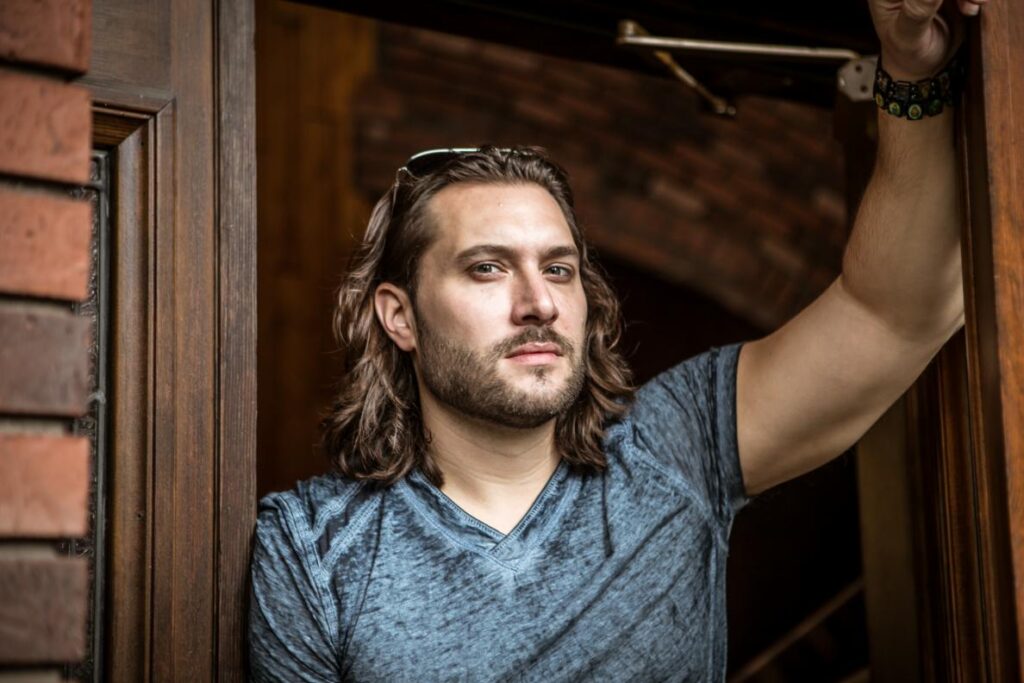 Among the song of your discography, is there a special one?

Well, it’s a little hard to choose just one, but I think “Thin Blue Line” is the obvious standout. Everything about this song is special to me. The message, the incredible people it’s dedicated to, the people who helped make this song the best I’ve recorded thus far, and the impact I’m seeing it have in real time as I get feedback from so many people. I really couldn’t be more proud of this song.

If you could collaborate with one or more of your idols, who would you like to share the stage with?

The one’s I’d truly love to share the stage with are no longer with us, unfortunately. I’m not sure how Sinatra and I would mesh on stage anyway! But I think sharing the stage with guys like Toby Keith and Garth Brooks would be incredible, since they were a big part of my inspiration to sing country music. Especially Toby Keith and his style of country.

I’m building my band at the moment and hoping to get out there and play some festivals and showcases later this year, depending on how the pandemic situation develops. I’ll be writing and working on some more original music in the coming months, and hopefully recording a handful more songs to complete my 2nd album. I had planned to record for my 2nd album in April of 2020, but everything came to a screeching halt just prior to that. Hopefully, 2021 and beyond will be smoother sailing for us all.

Matt, it was such a pleasure chatting with you and having the chance to discover more about your music. Is there anything you would like to say to our readers?

Thank you all so much, and I hope you enjoyed the interview! Please, check me out at www.mattwestin.com, where you can find all my music and social media links. And please, stay safe out there! God Bless! 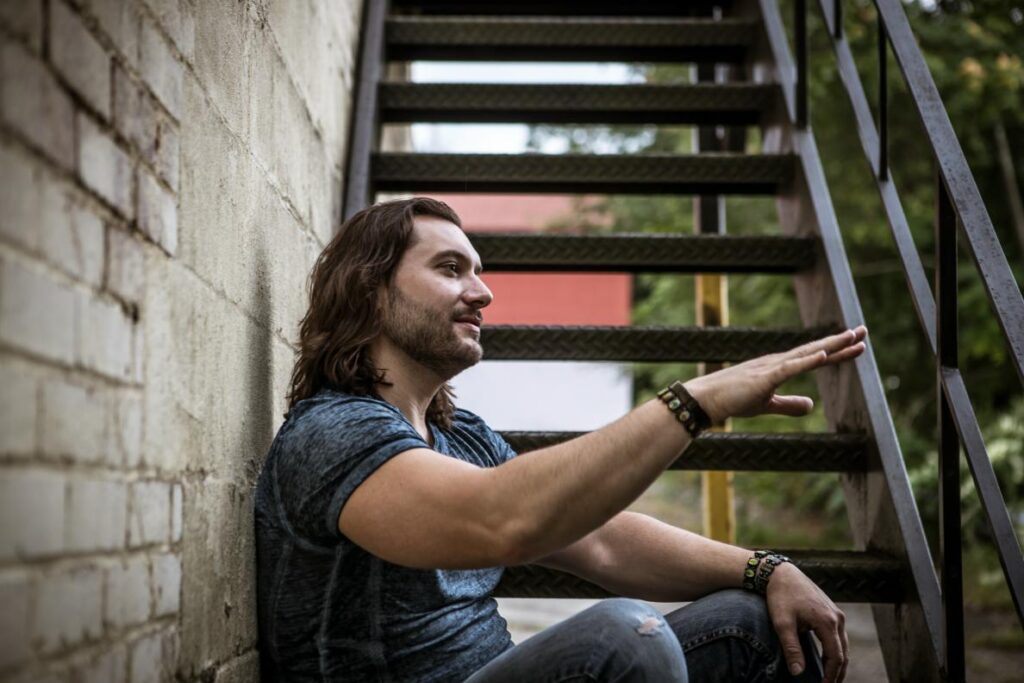 Check the links below, discover more about Matt Westin and his music, and don’t forget to add his tracks to your favorite playlists!

Ayhan Sahin releases a brand new single, “Come And Get Me Now,” an excellent track and fourth single for the All-Stars long-awaited project “Pop!”