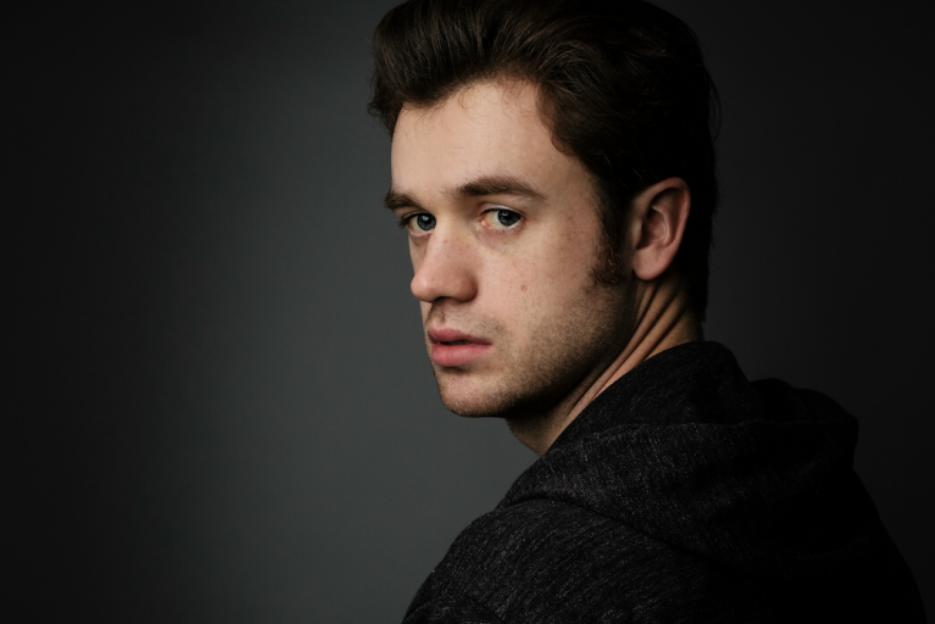 Confidential's music tunes with your deepest thoughts, resonating deeply with the listeners and leaving them in awe!

Intimate yet powerful, Confidential’s style makes him stand out from the ocean of LoFi releases. Creative and versatile, this talented artist shapes his music by giving a voice to his thoughts, fears, dreams, and life experience, “perfectly unbalancing” his emotions and translating them into introspective and captivating tracks!

Today, at Planet Singer, we have the great pleasure of discovering more about Confidential’s creative world with an exclusive interview!

Confidential, it is such a pleasure having you with us today at Planet Singer. As a genre, your music can be described as LoFi, but it is much more than that. The sound research and the refined arrangement make your music truly unique; we can’t wait to know more about you and your artistic journey, so let’s start from the beginning. When did you discover your love for music?

I think I’d always had a love for music, even though I consciously didn’t admit to it that much as a kid. I’d hear the music my parents were listening to and think it was pretty cool. Stuff like Elvis and the old Stax Records music. Then my brother was really into metal, both old and new school, so he would play me music from bands like Anthrax and Spineshank. But I wasn’t very old when I lost interest in all of that. All I heard was the stuff being played on the radio, and I was too immature to appreciate it at the time.

One of the big turning points was when I was about 12, and my mum, of all people, showed me this old British comedy from the 1980’s called The Young Ones. It had all these different bands playing, which I thought was cool, but Madness was the one that did it for me. I kept watching the scene where they played House of Fun over and over. Not long after, I started begging my parents for a guitar.

From classically-trained guitarist to the passion for Heavy Metal and other genres. Your artistic path seems in constant evolution. Is it you discovering new ways, or is it the music discovering you?

It’s a bit of both, really. I know that’s a bit of a bail on answering, but a lot of it at first was complete luck. Like I said, I got into the whole Ska thing through Madness and watching The Young Ones. Then I got into metal when this random dude gave me an Iron Maiden t-shirt. It had the Killers artwork on the front, and I was curious enough to listen to some of their music. They became my favourite band for years after that; I was just amazed by them.

A lot of the other music around that time that I discovered myself came from film soundtracks and video games. I remember hearing Ring of Fire by Johnny Cash on the soundtrack for a Tony Hawk’s Pro Skater game and really getting into him after that. I got into classical because my guitar lessons were focused on classical music. It wasn’t my choice; I just got sent to a classical music school on the weekends, which I enjoyed a lot. Plus, my teacher was into metal as well, so he introduced me to bands like Lamb of God and Tesseract.

Finally, hip-hop came about whilst I was studying music at university. We’d study how to play guitar in a different genre of music each week, and eventually, hip-hop was the genre we focused on. The whole class let out a collective groan, but the tutor put on this video of The Roots playing You Got Me on the Jools Holland show back in ’99, and it was just like when I was 12 years old hearing Madness for the first time.

That’s how random it got for me, but I also learned to explore music genres for myself and keep an open mind, thanks to my cousin. He’s a saxophonist and was studying music at university when I was about 14. All I cared about was metal music, but he explained to me how every genre on this planet serves a purpose. It really opened my eyes and mind to the wider music world. 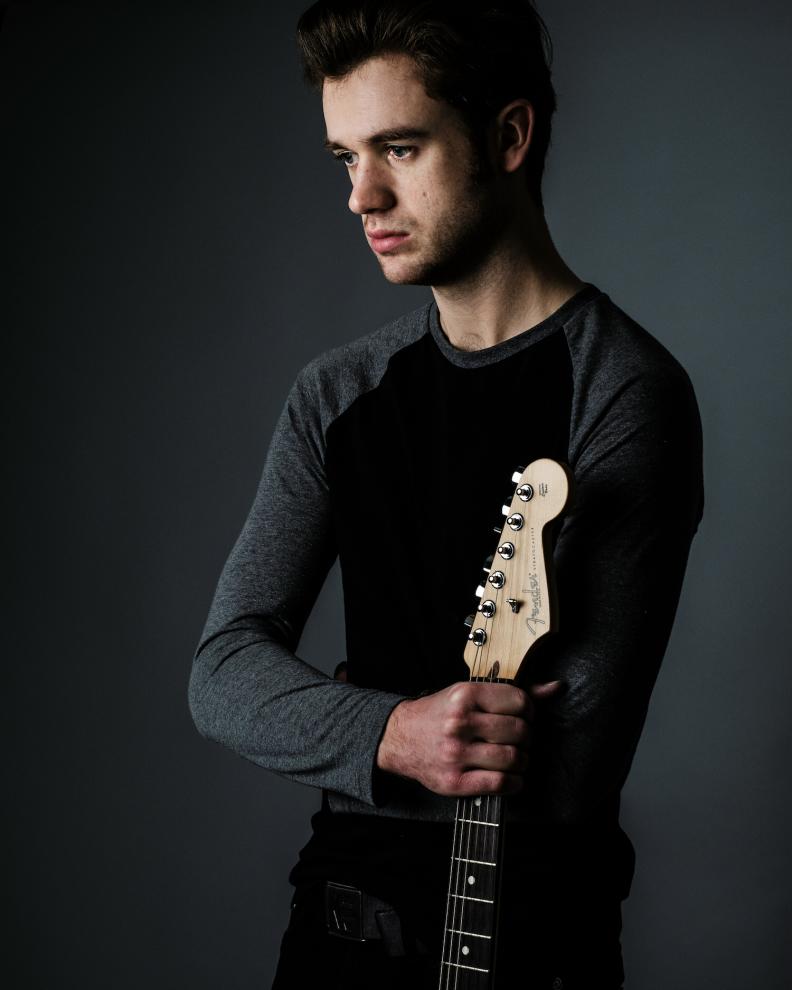 One of the tracks that amazed me is “Ghosts,” such a brilliant song. Can you tell us more about it?

Oh wow, thank you so much! That means a lot to me; Ghosts is a track that I hold very close. It’s about the idea of memories following you around, as if they’re ghosts… like how literature and film have ghosts haunting and following people. So I just made the connection.

A ghost or memory doesn’t always have to be a negative thing. I carry around plenty of positive memories, but there were two particular ghosts that influenced this track, and they’re both negative, unfortunately.

One is a family member whom I only got the chance to meet once. He was really ill and flew over from America to visit. People always make a big deal about first impressions, and I think I just got so nervous about meeting this guy that my dad seemed to almost idolise that I seemed to get everything wrong. I was really introverted at the time, so I think that made things worse, and I really beat myself up over it. But I knew he was coming back to the UK again a couple of months later, so I promised myself I’d make things right this second chance. Unfortunately, he died before coming back to the UK, so all he ever knew of me was this negative first impression, and it’s something that I still beat myself up about.

The other ghost in this track is an ex-girlfriend. She was my first, and I was hers, but we were young and immature, so it ended pretty badly. It was kind of one of those tit-for-tat situations where we pointed fingers at each other and get really mad and upset. We didn’t talk for years, but I had thought about trying to make amends. Again, she ended up passing away before I could make things right. It was maybe less than two years later, and the regret of that follows me around every day. There is nothing I can do to apologise to her face.

It comes from anything and everything around me. The people I meet, the emotions I feel, and the experiences I have. I missed out on a lot of social development as a teenager, so sometimes, I find it easier to communicate something to the world through music rather than words. Like with Ghosts, it’s all about that feeling of longing and regret. Disappointment.

The other thing I’d like to bring up here is mental health. I actually started writing and releasing music as Confidential when at the lowest point of my life. I had post-natal depression, felt like I was on the brink of losing my job, had no identity after quitting my last band the year prior, one of my closest family members had nearly died, and I was going through some health issues myself. It was really tough, but music managed to give me back an identity and provide me with more purpose in life. I hope to be able to raise awareness for mental health through my music. Break the taboo and start conversations.

Your style is unique; it is due to your background but also to the unique vision you have of music and its value. How important is it for you to make not only good music but also songs that resonate with the listeners?

I think it’s mostly my background. I feel like I’ve had a pretty unique journey with all the classical stuff and people I’ve met and bands I’ve played with. At the end of the day, I just want to make music that I would enjoy listening to. I don’t think about much else, including creating songs that resonate with listeners. I believe that artists who write solely for the listener will always be less successful. Listeners are really intelligent and can spot when somebody is faking it, so it’s best to just be true to yourself. 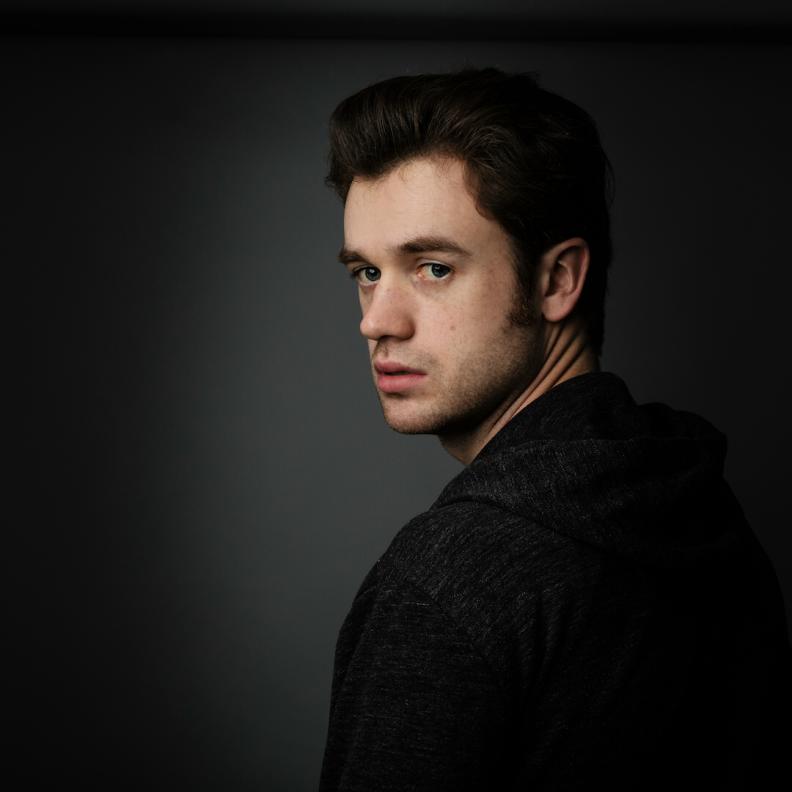 Songs like “Another Rainy Day” don’t need lyrics; their notes are more than eloquent tell a story that leaves full interpretation to the audience listening to it. Can you tell us more about this song?

Another Rainy Day is an exploration of depression and the never-ending feeling of hopelessness. You wake up, and you just know it’s gonna be another rainy day. No sunshine, no happiness. Just you being alone with your dark thoughts and struggles. I think we can all relate to that in some way when we think about lockdowns during this pandemic. When you wake up and know it’s going to be a wasted day because you can’t see anyone or go anywhere.

If you could collaborate with one of the artists who influenced you the most, who would you like to share a song with?

Naturally, I’d absolutely love to collaborate with The Roots. I mean, if they ever want a second guitarist, I’m more than available! But if we’re talking a little more realistically, I’d really love to work with Chali 2na. He’s collaborated with artists from the UK before and plays in Brighton, where I’m based. 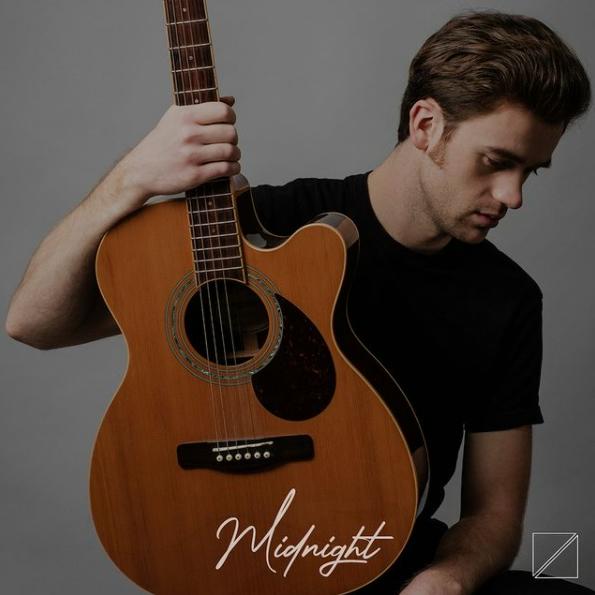 Your latest release, “Turning Red,” is another great track feat talented Neshy. How did this collaboration start?

That was another bit of random luck on my part. Neshy made first contact, but purely to post a link to one of my tracks on a promotional Instagram channel she runs. I was very thankful, and we got talking, which was how I found out she’s an artist herself. I was really impressed by the music she showed me, so I sent her some beats as a thank you for the promo she gave, and we ended up working quite closely on the track. She sent me a recording of her lyrics pretty quickly, and my jaw hit the floor. We made a few tweaks to the chorus, and I got my friend Amanda, who provides the voice on my track Life is Not the Same, to sing some backing vocals. It came together really well; I’m so proud of that track.

I’ve got a new single coming out on June 25th, called Lost Identity. I mentioned before about feeling like I had no identity for about a year before becoming Confidential, and this track focuses on that period and how I felt during that time.

It’s the lead single from what will be my fourth album. I’m really excited to release this!

Confidential, it was such a pleasure having you with us! Thanks for letting us discover more about your music; we can’t wait for your next release! Is there anything you would like to say to our readers?

Thank you so much for having me today; I’ve really enjoyed talking with you. And to everybody else, thank you for reading; it absolutely means the world to me. I appreciate every message, share, and listen that you bless me with. If you’re a Spotify user, please follow me on there to be notified of when my next single and new album are released. Otherwise, please follow me on Instagram @confidential_lofi. 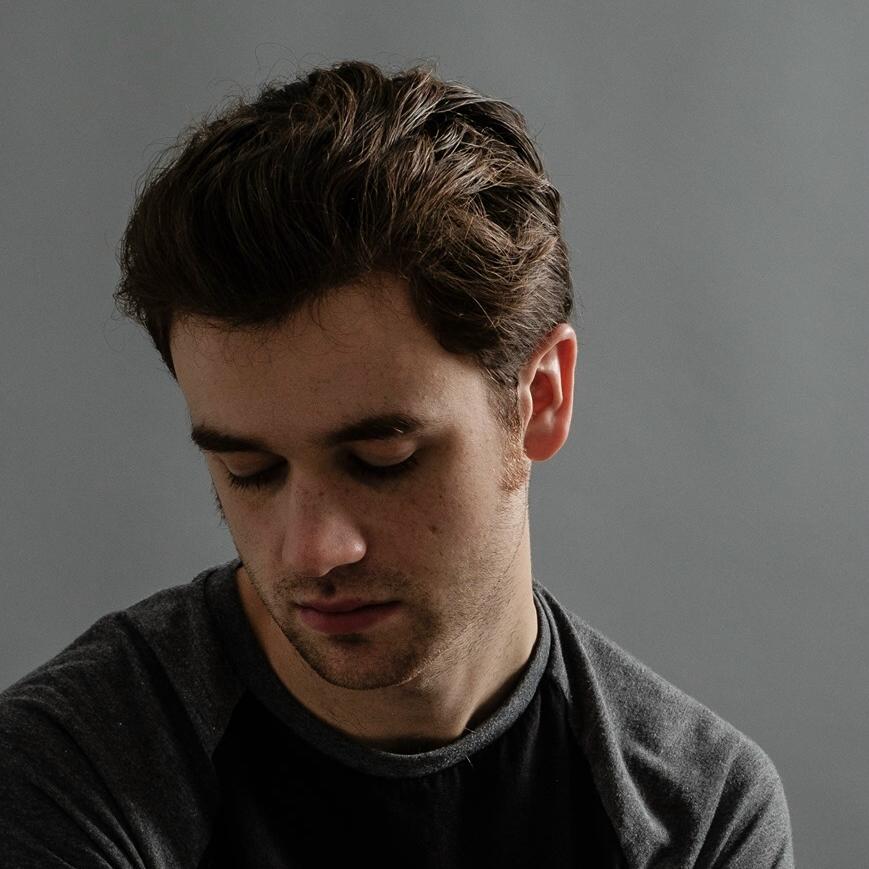 Check the links below, discover more about Confidential and his music, and don’t forget to add his tracks to your favorite playlists!