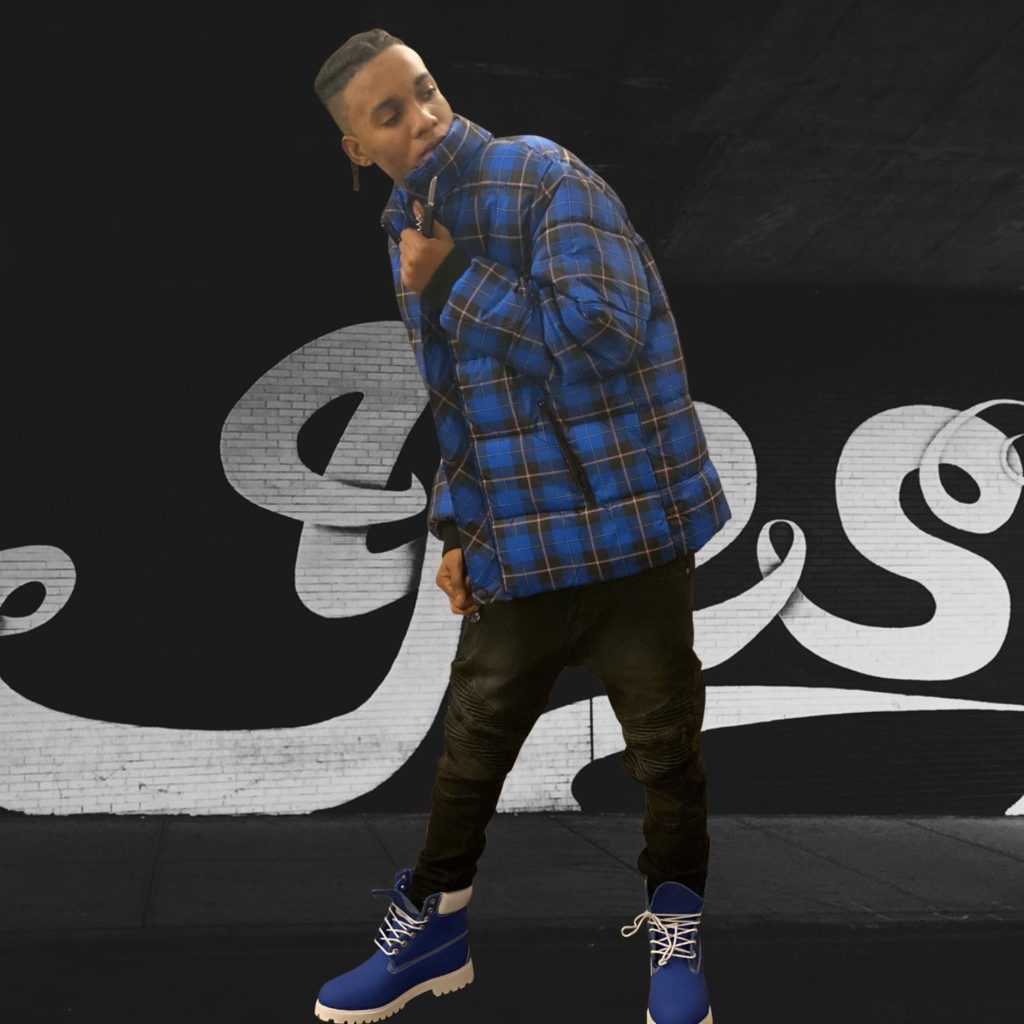 Today it is a huge pleasure to interview Hash Blink, an extremely talented artist that amazes not only for his style but also for his strength and passion!  It is very rare to find such a mature talent in a young artist, someone that is ready to work hard and accept challenges. Today we have the chance to have a chat with talented Hip Hop artist Hash Blink!

Like many at 13-years-old, music has a way of speaking for you at a time when the world around you is changing, fast. That was the case for Thomas B. Sheriff. At that time he was immersed in the The Black Album and The Marshall Mathers LP 2, but it wasn’t until a couple of years later when 50 Cent’s hit single, “P.I.M.P” entered his world that he started to realize that other’s music didn’t have to speak for him anymore because he’d realized his own voice. It was then that a young Thomas started to see himself as Hash Blink.

Born in Liberia, Hash Blink had always been a fan of music but didn’t start to see himself as an artist until he was 15 when he started penning his own lyrics. Soon enough he was battling fellow aspiring emcees at school. Then at the tender age of 17, he packed a bag, passport, and a dream and headed to Chicago, IL. Since then he’s released a trio of singles and has plans of dropping two more in 2020; “Forbidden Fruit” and “Juicy Fruit”.

Like Eminem, Hash Blink often sees himself as an underdog in the hip hop game. While Eminem dealt with being white in Black dominated genre, Hash Blink knows how much hip hop is dominated by the Western World but also like Eminem, he plans on breaking down cultural barriers and thriving. He notes of the inspiration he found in his youth watching Eminem, “He gave me hope. Because I figured if this white man could stand the angry crowds then I too could do the same. He was called and told so many things, but he persisted and that is something I want to do.”

Hash Blink has been working hard towards his goals of entering the rap realm and making a name for himself ever since he landed in the US two years ago, and even before that when he was performing back in Liberia. Now he’s working on dropping a pair of new singles as well as putting the final touches on his debut album, due out in 2020.

Here it is, our exclusive interview with Hash blink!

Hi Hash, it is a big pleasure to have you today on Planet Singer. Can you tell us when you discovered your passion for music?

Hi planet singer, thanks for having me. I will say I was born with that passion for music. I always knew I had that connection with entertainment industry weather it was singing, rapping, dancing, modeling etc. But I actually discovered this path at age thirteen when I found myself dancing and battle rapping.

Your style is really interesting, what are your main influences?

My influencers are many from Kenny rogers, Lionel Richie, Don Williams, Jay z, Eminem, 50 cent, Akon, Sarkodie etc. These people influence my lyrical ability and my on beat process.

I personally love your lyrics, can you reveal what is your writing process?

Firstly I will like to point out the fact that I’m a Lyrical genius. And I find writing in general as something easy for me, most of my lyrics were done between 30 minutes to 1 hour. What I do when I get a beat is pick a Topic, find the mean idea the tone and message I’m trying to sent out. And then I put it together alone with the beat and hit the studio. 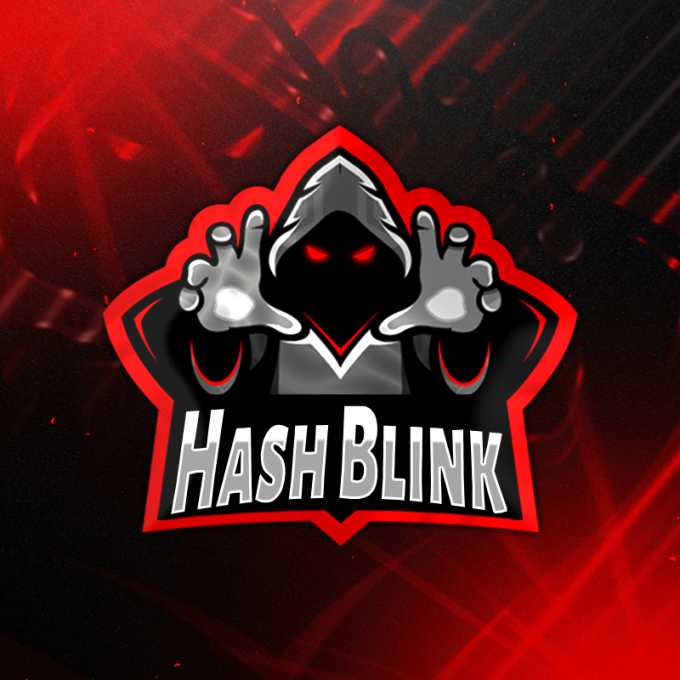 Your track “Nothing Like You” could easily become a hit, thanks to the great work on the lyrics and production. Can you tell us more about this song?

Nothing like you is a trap/pop song the story behind it is just me telling my girlfriend how important she is to me and nothing or nobody can change that. No matter how many times or other girls I talk to or date she will always be the one. with lines like “been around and I don’t see anything like you”.

Talking again about production, do work with a producer or you take care of the whole production process?

For my single “Nothing like you” I work with the producer. And everything including the cost came from me.

Just like Eminem you see yourself as an underdog but you have the talent to leave a trace in the Hip Hop world, what you think about the modern artist in this genre?

I think every artist is unique in their own way and style and that’s what arts is about. What makes you different from the rest of the competition. Me personally don’t have a competition I don’t see one. But hip hop can search and find me one if possible haha.

Hash you plan to release some new tracks for this 2020, are you also going to support the new material with a tour?

Yes once I’m done with my album I will try to get in contact with venues to perform in and out side the United state. I have some Caribbean, Afro and a song that fall in the Latin pop genre. And I will love to perform in those places.

Now it is several years that you live in the US, does this experience changed somehow your way of writing?

I will say somewhat my writing has changed and this is base on my new way of life, what happening around me, relationships, friendships, etc I write from experiences so yeah it gets better and interesting every day.

What inspired you the most when you write?

I will say what influence me when I write are my many experiences in life, traumas, depression, anxiety, stress, etc but instead of me just casting that on my listeners I tend to look for the best way to make it fun so the listeners don’t feel my problem because they too have something going on too.

Do you plan to collaborate with any other Hip Hop artist?

If you could pick up another song from another artist, which one would you think would represent you the most?

It will be Renegade by Jay z and Eminem.

You discovered your talent at a very young age, reading back your first works what do you think has changed in your songwiting?

Yes I did. As I recently said I write from experiences and everyday I get to experience something new which shape my mindset in a growing and positive way. So back then I wrote about things that was going on for the time. And presently I’m writing about what’s happening now. But looking back at some of the lyrics I wrote I will say they weren’t the best. I never when to school or had someone teaching me these things and that’s why I think I was made for this because the universe won’t give me such a knowledge for no reason. 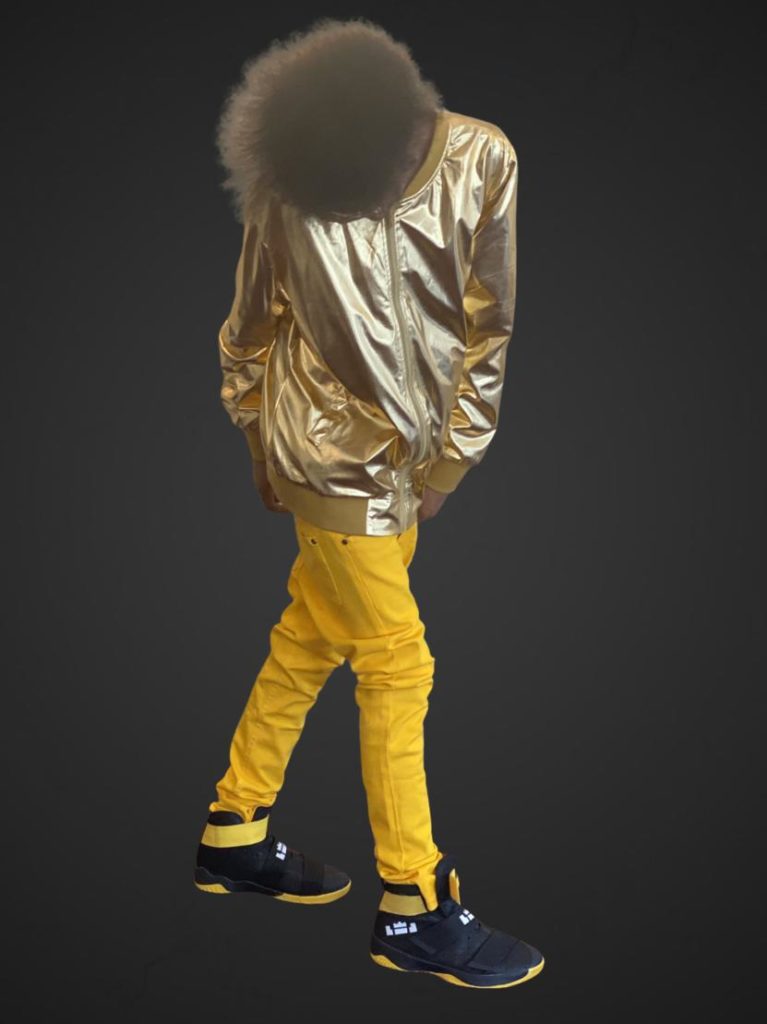 Hash Blink, what’s behind your artist name? Can you reveal us why you chose it?

Hash means collection or mixture of various things.
Blink is synonymous with creativity, passion, and courage. But this name was given to me in my dream.

It was such a pleasure to have you with us today! Thanks a lot for joining us. Is there anything else you would like to share with our readers? Any future plans?

I appreciate this and my next single title “Not Perfect” is dropping on March first on all streaming sites. I will appreciate you all to check it out very dope and melodic and feel free to shoot me a Dm on any of my social media’s again the name is Hash Blink. Thanks to planet singer I appreciate this, until then peace.

If you liked our interview with Hash Blink, check out these links to discover more about this artist!

Exclusive interview with talented artist Edgar Dickey about his latest single and much more!