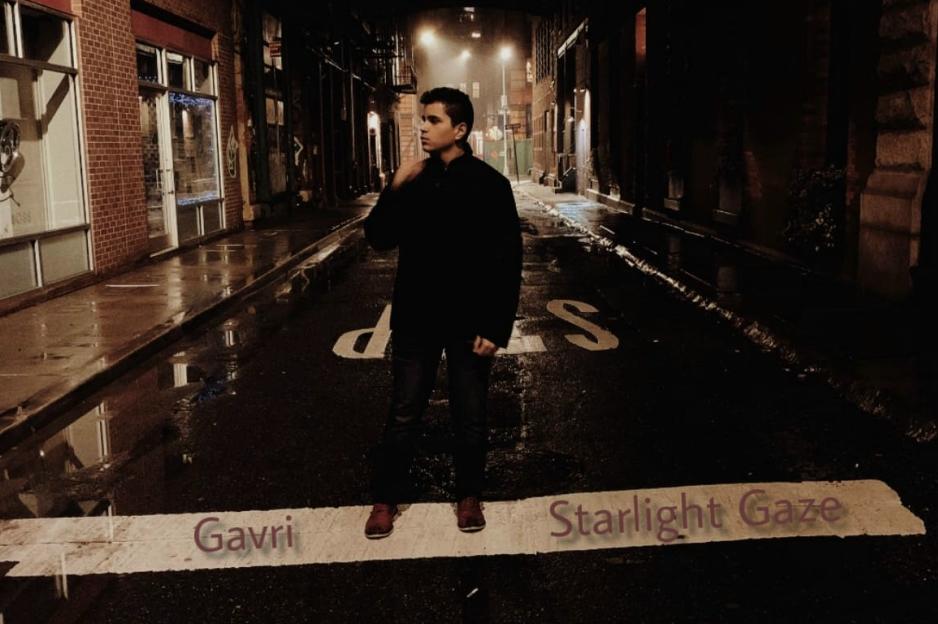 It is such a big pleasure today to have the chance to have a chat with a very young and talented artist. This exclusive interview with Gavri Moon gave us the chance to discover more about his passion and artistry. We had the opportunity to talk about his outstanding vocals and his impressive skills as a songwriter and producer!

Gavri Moon is a New York City Pop/R&B singer-songwriter who doubles as a producer. With smooth vocals and hypnotic beats, he draws inspiration from 80s pop and 90s R&B artists such as Michael Jackson, Mint Condition and Mariya Takeuchi. His songs are mastered by Billboard-charting sound engineer Ray Balconis. Gavri Moon’s YouTube exclusive debut, ‘Thunder Dragon,’ was a Thriller inspired Halloween anthem. ‘Starlight Gaze,’ released on Valentine’s Day 2020, highlights his unique vocals and eclectic chord progressions. ‘Honey Hips,’ serves as a display of his vocal range and poetic lyrics. The future is bright for this artist who isn’t afraid to go against the grain and dig within themselves for the future of pop music.

Here it is, our exclusive interview with Gavri Moon!

Hi Gavri, it is a big pleasure to have you here today at Planet Singer. Let’s start talking about your music. You are a very young talented artist. When did you discover the love for music?

Hey! It’s a pleasure to be here, thank you for having me! Gosh, that’s a great question, really, music has been my life since I was still a kid. I remember long drives home with my family and they’d play all kinds of stuff – everything from 80s pop to 90s rap. Being exposed to such a wide variety of music at such a young age really developed my interest in the art. The way so many different people from all walks of life were able to express themselves uniquely through song was something I wanted to do too.

What are your main inspirations?

Michael Jackson – pretty much any 80s pop star. The artistry in that era is simply unmatched. Don’t get me wrong, there are some incredible pioneers in music today that inspire me also, I love what Dua Lipa is doing with her music, and the Korean music industry has some gems as well. In all honesty, any artist that is expressing themselves through their music is an inspiration to me. That’s the beauty of this lovely art form.

Your voice is unique. What is your relationship with your instrument? Have you studied with a vocal coach or are you a natural talent?

Thank you! I’m a self-taught singer actually! I’ve learned through a decade of practice and experimentation. I think the human voice is a beautiful instrument that anyone can learn to use. I try to take as much care of my voice as possible. Once a week I stay silent for an entire day to preserve my vocal health.

The lyrics of your song are very deep, and there is a very long and professional work behind every line you sing. Can you reveal what is your writing process?

Gosh, it means a lot to hear that, I put a lot of thought into my lyrics and it’s quite a fast process for me, I can finish the lyrics to a song in a few hours. The challenge is figuring out what topic I’m going to sing about. Normally I’ll hum along to a beat I’ve made to find what melodies I’d like to sing. Then according to the vibe of the melody, I start thinking, what emotion am I trying to project? Is it love? Fear? Pain? Joy? Hopefulness? I start writing my lyrics with a general idea of the vibe in mind. Once I get the ball rolling, the words come very quickly to me. 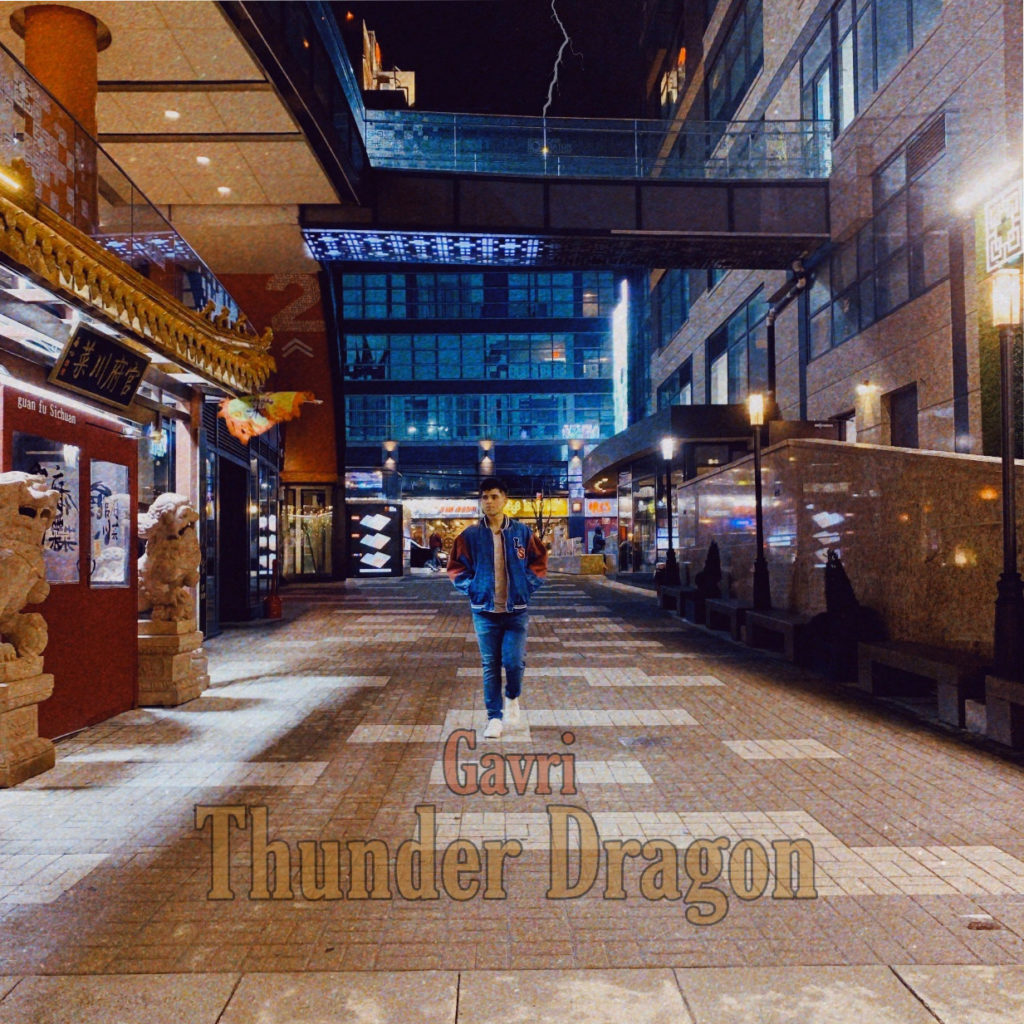 Are you going to release an album anytime soon?

An album is in the works! For now, though, I’m releasing a song a month. When the time is just right, I definitely want to release an album, but right now I want to focus on consistent singles!

Your singing in your song “Honey Hips” is outstanding, can you tell us more about this track?

You’re so kind! Really, thank you! Honey Hips is one of my favorite songs I’ve made. I originally wrote it as a poem which is why it was such a short song. It’s about getting over the fear of what you’ve lost and embracing the one you love. I also wanted to showcase a bit of my vocal range with this song, so I had a lot of fun recording some of those high notes and those really low notes!

If you could choose a song from another artist that represents you the most, which song would you pick?

Remember The Time by Michael Jackson.

You are a multitalented artist, you write your songs, sing them and also take care of the production. Do you collaborate with other musicians and producers too?

I produce for other artists as well! I’ve made beats for the incredible UK rapper; Darkz, among others. I have a few collaborative songs in the works at the moment, and you’ll be seeing those very soon! I think the music industry is at its best when we’re all working together.

Your song “Starlight Gaze” was released on Valentine’s Day. Can you tell us what’s behind this song?

With “Starlight Gaze” I just really wanted to capture the vibe of falling in love in New York. Calling someone to meet up in Times Square..comparing the look on their face to the beautiful sky above..this is the imagery I had in mind when writing it. It’s a very dream-like Valentine’s Day song.

What do you think about the situation of the music industry now in 2020? Do you think is it overcrowded or is there still space for new talent not supported by big labels to make it?

I don’t think music can ever be overcrowded, the more the merrier! Music has gotten so accessible to the point that anybody can make a song. I mean, I make the beats to all of my songs in my bedroom on my laptop. It’s a wonderful thing making music in 2020, the opportunity is in your hands. I think the situation will get better, and I will do my part to make the future of music a bright one.

If we’re talking 2010s, Ellie Goulding is an artist I’ve followed since the beginning of her career. I’m super proud that she’s reached the heights she’s reached. Also, big plus that she’s done a collab with Red Velvet, I love Red Velvet!

We would love to see you live soon. Any plans for future shows?

Absolutely! I plan to do some local shows very soon! New York has a wonderful live music scene and I’d love to film some performances for my YouTube as well. Stay on the lookout!

Tell us about your track “Thunder Dragon”.

Thunder Dragon was the most fun to record. Completely inspired by Thriller. I didn’t hold back at all on the vocals or the production, I wanted to make something really cool and different and funky. I’m so happy with the way it came out and it serves as a little preview of what’s to come!

I want to inspire and empower as many people through my music as I possibly can. My wish is for anyone who listens to my music to feel inspired and strengthened. I want to reach a bigger audience, so my future plans involve a lot more live performances, a proper music video, and more content for you all on my socials. I want to engage with you all more and give the best that I can give!

It was a big pleasure to have the chance to discover more about your music Gavri, thanks a lot and best wishes for your music!

This interview was a wonderful honor! To everyone reading, I’d like to thank you all for your support. Let’s all do our best day by day together. It’s my joy to share music that can put a smile on your face, and I want you to know that you are all important and I’m forever grateful to share this beautiful era of music with you.

If you liked our interview with Gavri Moon, check out these links to discover more about this artist!