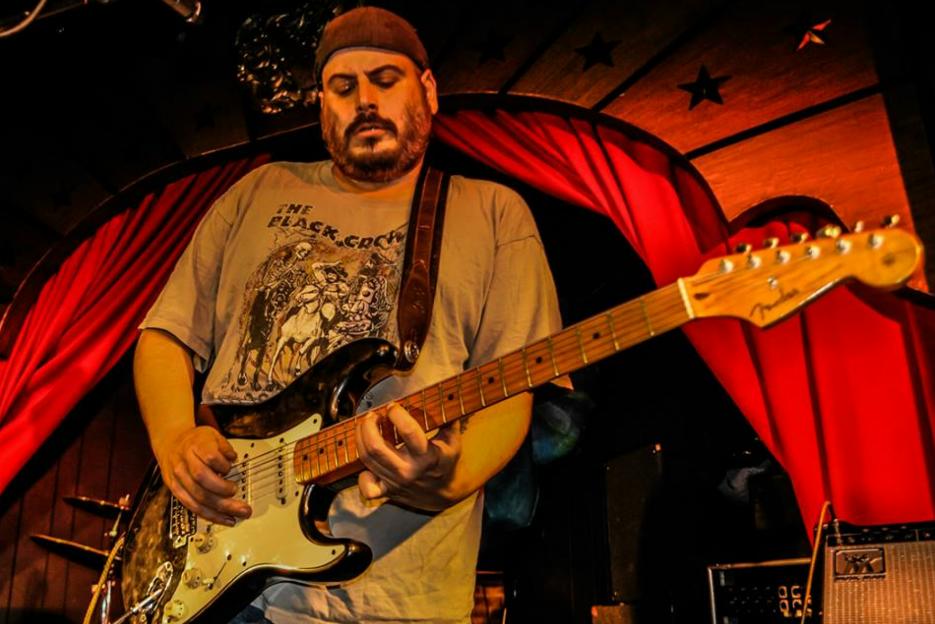 Some artists have a deeper connection with music than the others. Soulful and intense performances make them stand out of the crowd and turn their music into real-life experiences. By digging into their emotions and dreams, their songs talk straight to the audience in a way that nowadays is both rare and precious. Today, at Planet Singer, we have the great pleasure of interviewing one of those artists, Jason Fox, that, with his album “Exit 10 1999-2019,” marks an essential new chapter in his music career!

Hi Jason, it is such a pleasure having you today at Planet Singer. I think your album “Exit 10 1999-2019” is much more than a collection of songs. Listening to your music, I would love to know more about your early years; how did you discover your passion for music?

I think my passion for music comes from my fondest childhood memories around every Christmas Eve; the whole neighborhood would pile into my living room and gather around my father, who would play Christmas carols on his Hammond organ. I have a picture of it that I keep in my practice space to remind me of where I am trying to get to.

Your music career is incredible, and you have a lot of experience both as a musician and as a performer. Among all the projects and collaborations, is there a special one?

I have had many special moments in my music career; some have been in the studio with many others were on stage. But if I had to narrow it down to one, it would be performing with the legendary Johnny Neel; the notes were like raining out of the sky and through his hands. It was very humbling to witness such talent and still have to remember the chord changes.

Your music career is incredible, and you have a lot of experience both as a musician and as a performer. Among all the projects and collaborations, is there a special one?

Exit 10 is my first attempt at Songwriting. It’s about having been all over the world and just wanting to get back home to your friends and family in one piece. The title comes from the oldest inside joke in New Jersey. When some want to know where you are from in New Jersey, you respond with the Exit number your town is off the turnpike. For those who don’t know, Exit 10 is in Edison, NJ.

Can you reveal your songwriting process?

It all about finding the right key and progression; they are very much the frame of a song while the lyrics are like a puzzle you must fit within that frame.

If you could choose an artist or a band, you could collaborate with, who would you choose?

I would love to collaborate with Ron Wood. I am a big fan of Faces.

Inspiration is not a magical thunderbolt that hits you, and suddenly you able to compose something. It is more or less the willingness to sit down at a certain time each day and work on the creative process.

In your song “Crush,” we can feel your hard rock side. Can you tell us more about this track?

Many of that song’s vibes can be traced to the fact that the guitars are in drop D, tuning it a lower and more aggressive sounding tone.

Covid-19 has stroke hard on everyone’s career, and the music sector is suffering a lot due to lockdowns and all the restrictions that blocked the music industry engine. Do you think this will forever change the music panorama, or is it still possible to go back to before the pandemic?

It is in the Nature of people to gather and celebrate; the best memories are made together with other people, not in isolation. That is why the concert business will come back; people will long for what they have missed.

What are your plans for the future? Do you plan to record a new album anytime soon?

Well, I am in the Studio right now working with producer Anthony Krizan on my new album; it should be out by the end of next year.

It was such a pleasure having you with us today. I really wish you all the best for your future projects and can’t wait to hear your next releases!

Be kind to each other you never know what difficulties someone else is going through. Your small act of kindness can be a bright light in a very dark place.

Check the links below and discover more about Jason Fox and his music, and don’t forget to add her tracks to your favorite playlists!

With his timeless style and passionate performances, New Jersey native Jason Fox traveled the world, building meaningful connections with audiences for over two decades. His powerful mix of rock styles influenced by the Allman Brothers Band and the Black Crowes has won him the respect of his peers and heroes alike, including Allman Brothers member Johnny Neel himself. Now a seasoned veteran of the music world, he is more determined than ever to unite people through the power of rock’n’roll.
After serving his country as a SGT. in the USAF during Operation Desert Strom, Jason turned to music as a form of self-healing after returning home with seven decorations. He officially started his music career in 2000 as the frontman for The Love Handles.
With extensive local radio play and appearances at legendary venues like the Stone Pony, they quickly became one of the best-known bands in the area.
Seeking to take his career to the next level, Jason relocated to California in 2005, where he began collaborating with Grammy-nominated artist Patrick Miller on a new project called Sixteen Station. The band achieved local success with their album ‘Fun For The Whole Family,’ which included the hit single ‘Crush.’ Jason went on to form Jason Fox and the Hounds of Love who played hundreds of shows and were nominated for several Inland Empire Music Awards including Best Live Band.
2012 saw Jason triumphantly returning to his home state of New Jersey, which he used as his headquarters while touring the country several times over.
With residencies and appearances at iconic venues from coast to coast, he began playing for bigger and more enthusiastic audiences than ever before, including a career highlight playing with the legendary Johnny Neel.
Jason Fox has proven himself to an artist with rare staying power, capable of wowing any audience at any venue. With his new entertainment company Electric Satellite Entertainment & Media Inc., preparing to go public, he has now risen to the top of his industry. His commitment to putting on the best show possible every night has won him a place in the hearts of music fans all over. Currently, Jason is working on a new record and preparing his next national tour.