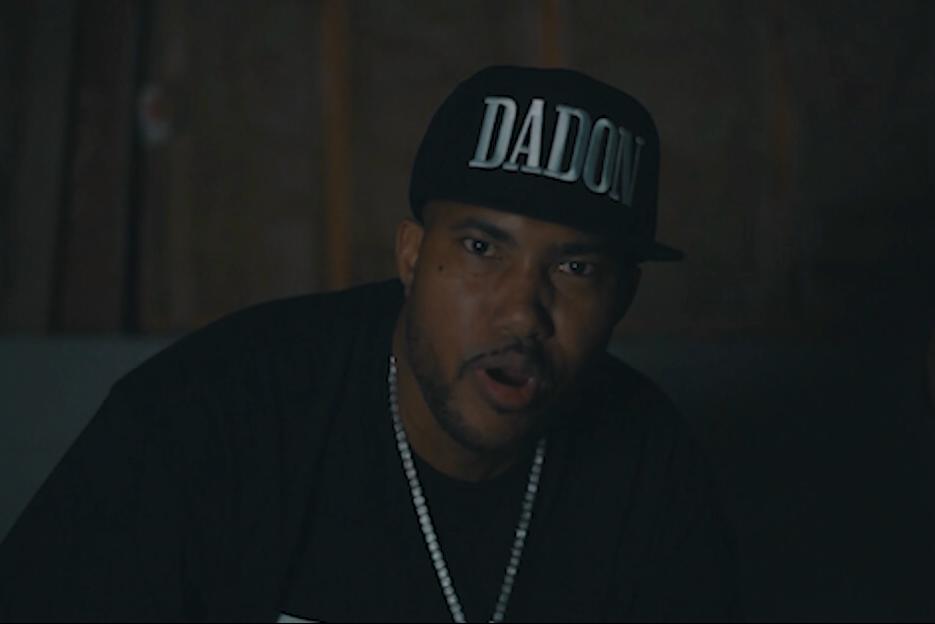 There is probably one main rule in the Hip-Hop world, that fundamental principle that divides artists from posers: You must be authentic! The influence of the media, the affordable and easy access to recording software, and the distribution platforms made it easy for many people to create tracks and release them, like drops in the ocean. What is that really counts, then? What makes an artist stand out from the crowd? Talent is not enough, not in the Hip-Hop and Rap world. Artists like Sco Dadon make a difference! His latest release marks a massive line between what real Hip-Hop is all about and what is not! Strong of the collaboration of incredible artists, his first album, “Still Atit,” is incredible on all levels. Today, at Planet Singer, we have the great pleasure of listening to this release and discover more about the project of a mixtape every true Hip-Hop lover should listen to!

Sco Dadon’s first solo full-length release isn’t just a great Hip-Hop album. In this album, we can feel how important it is to have the support and respect of other talented artists. A talented songwriter and creative, Sco has been writing music since early as 91, although he never released his music until many years after. Inspired by legends such as Nas, Mobb Deep, Infamous Mobb, Kool G Rap, Norega, Cormega, AZ, Foxxy Brown, Memphis Bleek, Freeway, to name a few, Sco Dadon has been working, writing, ghostwriting, performing for many years. Starting from the G19 group and then with 3rd Infantry Known, Sco Dadon shaped his sound, his songwriting, and his passion for becoming that exceptional artist he is now. It is when he met talented TraShill that another milestone in his career was achieved. The two artists, both CEOs for StrateDolo Music Group, not only managed to create an impressive roster (Pretty Zino, Diosa Art, 1401 Guapo, UMI BOOMIN, BIG YO, 1401ROMEOREDD, 1401MESSI, 1401LILZEEK, KMB GUNZ, El KAPO BLAZE), but they are one of the few authentic Hip-Hop realities that still make quality music and genuine collaborations, without compromising with the trends, and focusing on what is really important: the music and its message! 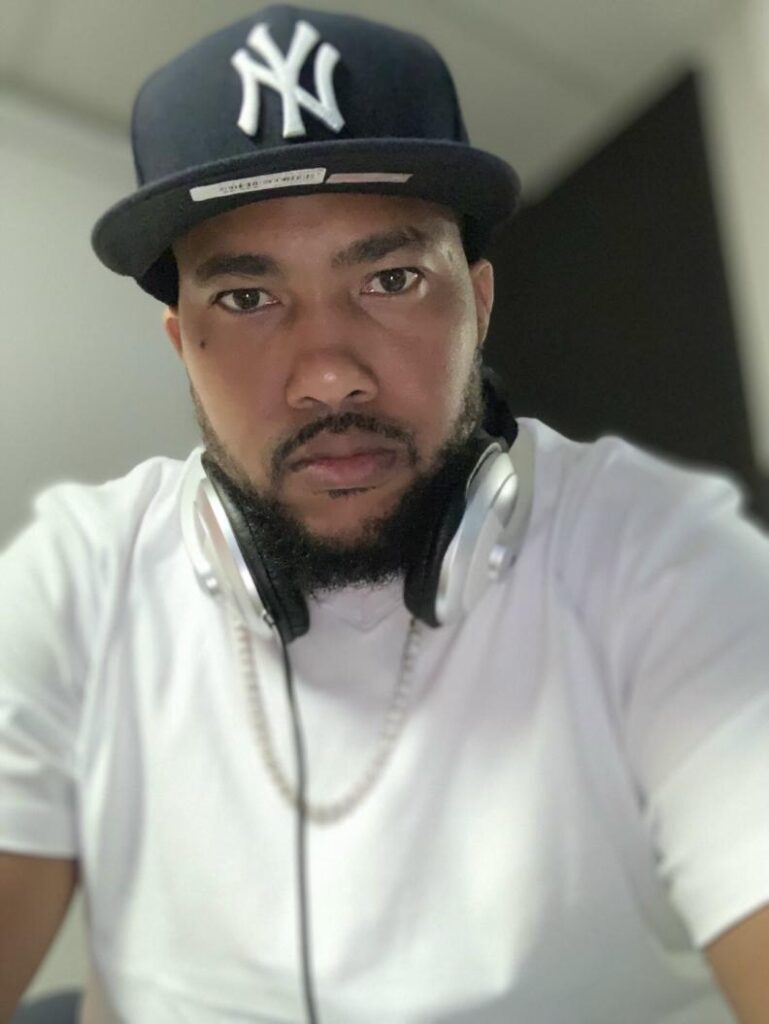 And it is talking about the message Sco Dadon’s music delivers that I would like to start this journey into his album! Track by track, every word of every lyric, is perfectly calibrated, naturally pointed like an emotional bullet that goes straight to the point. There is no room for preconstructed concepts; Sco Dadon’s genuine and direct lyrics remove that curtain where the modern generation feels comfortable, unveiling a clear picture of our society, raw and honest, as real Hip-Hop is meant to do. But let’s go with order: “Still Atit” begins with the intriguing “Pharoah On Da Mic (Intro),” where after an iconic introductory synth and bit, we get catapulted straight away into Sco’s world. The track, like the following “Nice Wit It,” sees Mega Live, Tra Shill, Ms. Henny, and Big Yo joining forces to create a unique blend. Energetic and Dynamic, the album flows smoothly with the following “Tune-In” featuring Mega Live. The impressive Rap, the exceptional phrasing, reminds the best tracks Nas, Mobb Deep, and Noriega, but with that catchy twist that makes Sco Dadon and Mega Live’s trademark sound.

“Love It” and “Drop a Gem” are exactly what the titles say, pure gems of contemporary Hip-Hop. The important and powerful lyrics of “Love It,” simple yet compelling, will get stuck in your mind for days! “Drop a Gem” is, in my opinion, one of the best Hip-Hop tracks of the last ten years! Listen carefully to each word; this is not only a song, but this is also a manifesto, a clear picture of our society, framed with honest and truthful words! “Drop a Gem” is one of those tracks that hurts, throws salt on wounds still well opened, and this is what real Art must do! Everyone should listen to and share this song!

Ms. Henny’s incredible performance in “Famous” gives that extra boost to another killer track, while Big Yo’s stamina brings some fire in “Don’t Xross Me.” “Boss Shit” feat Tra Shill is another ticket to reality, great arrangement, and impressive production turned this great track into another Hit! The whole team is back on the energetic “Good Life” and the title track “Still Atit (Outro).” The iconic piano intro of “Still Atit,” the great sound research, and the chill vibes of the beat create the perfect melodic structure to another great track, the perfect ending of a release that will keep you breathless, engaged, and excited from start to finish. “Still Atit” is an outstanding mixtape that shows not only the talent of Sco Dadon as true creators of authentic Hip-Hop but also his artistic maturity! Every word has its reason, and every line has its purpose; this album is a real “How To” for the future generation of Hip-Hop artists!

Check the links below, discover more about Sco Dadon and his music, and don’t forget to add “Still Atit” to your favorite playlists! 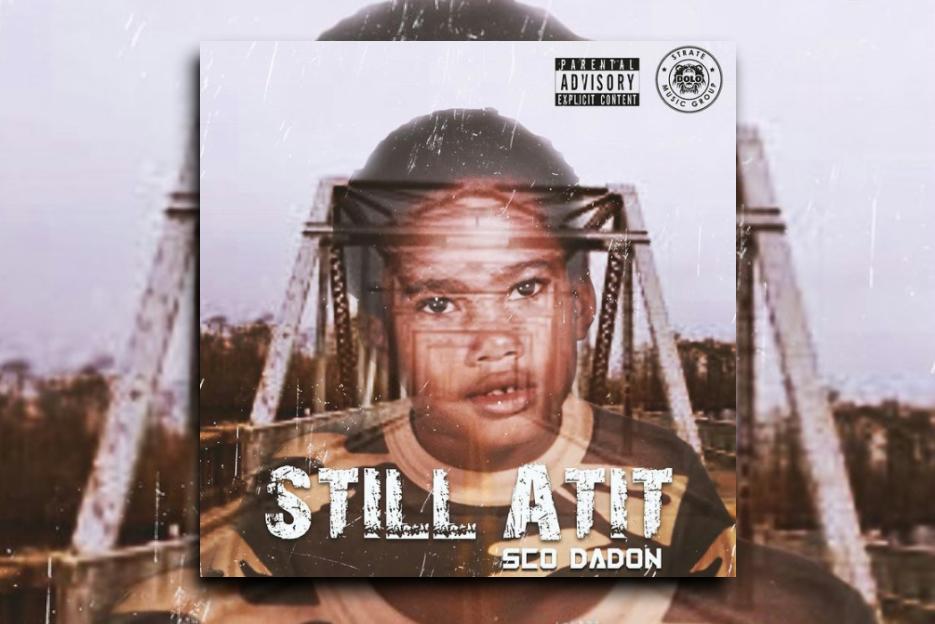 Born & raised in NC, Sco always had an ear to music. Growing up in Hertford, NC listening to Africa Bambadda, Whodini, Big Daddy Kane, Slick Rick, Dana Dane to Heavy D before rap even gotten where it has gotten. Sco always wrote music in a notebook in school and on the bus. The artists in the area he looked up to were Shawn Billips, a.k.a Shawn Juan, and King Keiwannee. These artists from the 252 area started something big then, and their legacy continues there in the hearts of those who remember them both (RIP) to both. He has been writing music since early as 91 but never had the courage to showcase it. His favorite rappers have always been Queensbridge NY rappers like Nas, Mobb Deep, Infamous Mobb, Kool G Rap, Noriega, Cormega, and other rappers such as AZ, Foxxy Brown, Memphis Bleek, Freeway, Cassidy, Pappoose. Until around 2000, he and few others in the town of started recording and was working with DJ Fonx at 89.9 recording in the studio and working to get music recorded. The group call G19 had talents behind any other but, like most small-town places, where to showcase it. They made music in the home on a computer and sometimes in the radio station on the official studio.
Due to severance ties, the group went separate ways from the way of life. Later around 2002, SCO and his Brothers formed the group 3rd Infantry, Known as INF Records. Sco and his brother KING E released the hottest album in da 252 and performed plenty of places to get heard from ECSU to Norfolk state. Later Sco moved from NC to ATL, where he has resided for years. With music still in his heart, he wanted to focus on ghostwriting but needed material. Sco went to work, and during this process, he was introduced to an Artist name TRASHILL.
Sco linked up with TraShill in 2019, and the two have been inseparable since. They both are the CEOs for StrateDolo Music Group that’s getting the support of the 252 and NC natives the last year. With powerhouse Artists such as Pretty Zino, Diosa Art, 1401 Guapo, UMI BOOMIN, BIG YO, 1401ROMEOREDD, 1401MESSI, 1401LILZEEK, KMB GUNZ, El KAPO BLAZE. “This is literally an AllStar team and everybody a star.”
Sco, and his partner Shill, run the label and have a line called DOLO Wear. The gear is literally selling in the 252 area, and people are supporting the movement they have in the town and surrounding areas. Sco DaDon released an album debuted “Still ATIT” 12-19-20.
The album is very well written with a lot of good content. Sco doesn’t really consider himself an artist, and he just loves to make music and hear himself. He has ghost-written a couple of tracks for a few artists in and outside of the US. Sco has a vision of bringing the whole NC together and take over the industry cause Nc has been overlooked for years. With this movement they have going, I say they have a very well strong chance of being where they want to be.