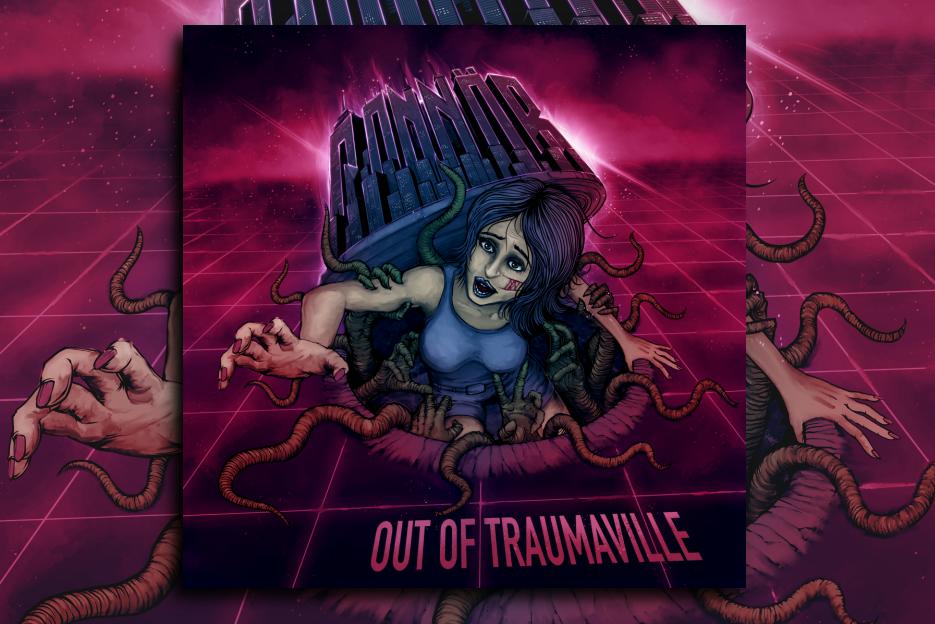 Each artist has a conception of music. A different approach from all the others makes an artist more attractive and recognizable but makes his music unique and timeless. While everyone is scrambling to create photocopied songs, trying to scale digital platforms’ algorithms, there are still artists who deal with music profoundly and genuinely. Artists like CONNÖR bring new life to today’s hectic and overcrowded music scene. Today, at Planet Singer, we have the great pleasure of listening to their latest album “Out of Traumaville,” a great release that will captivate lovers of good music from the first song to the last!

CONNÖR is a music project that sees the collaboration of talented artists and creatives who joined their forces to deliver a true masterpiece of original Dark Synthwave with numerous influences that span from rock, metal, pop, electronic music, industrial, and much more! “Out of Traumaville” is more than an album. Released August 21, 2020, this is the official storyline of this incredible concept album by EFX and Tom Newman: 83 Years After The Event (ATE), the world has been torn apart, and its people are at war. Far beyond the shining city of Holywood is a dark wasteland people have started calling Traumaville. Traumaville is a nightmare; its people are exhausted; their communities shattered and broken into dust. Pain leads to suffering, suffering breeds fanatics, and the fanatics try to destroy each other. Hope exists in the cracks and the corners, underground and quiet. Some people are starting to move out of Traumaville for the first time. They are headed for Holywood, and Holywood has no idea they are coming!

From the first track, we can understand the incredible work of production, songwriting, and sound choice that has been done throughout the album. Surrounding atmospheres describe in detail every single step of the concept. Powerful rhythms, obscure synthesizer sounds, and suggestive vocal lines introduce us to this post-apocalyptic scenario. Fantastic contribution of Jamie Wiltshire behind the microphone, a talented singer who we will also find in the fantastic “Neverending Nights,” song for which he also wrote the lyrics.

Every track of “Out of Traumaville” is like a chapter of a book, a scene of a movie that will keep you stuck to the screen till the last second! Tracks such as “The Fire in Me” feat talented Winona Drive, “Born to Shine” with charismatic Kevin O Hay, the exceptional sound architectures of “Out of Traumaville” and “On to Holy woöd” feat talented doctormelodious (also the author of the lyrics), “This is Holy woöd” feat the incredible vocalist KC Burke, and “Tomorrow” with the intense interpretation of Sam Blanchard make this album a true masterpiece! 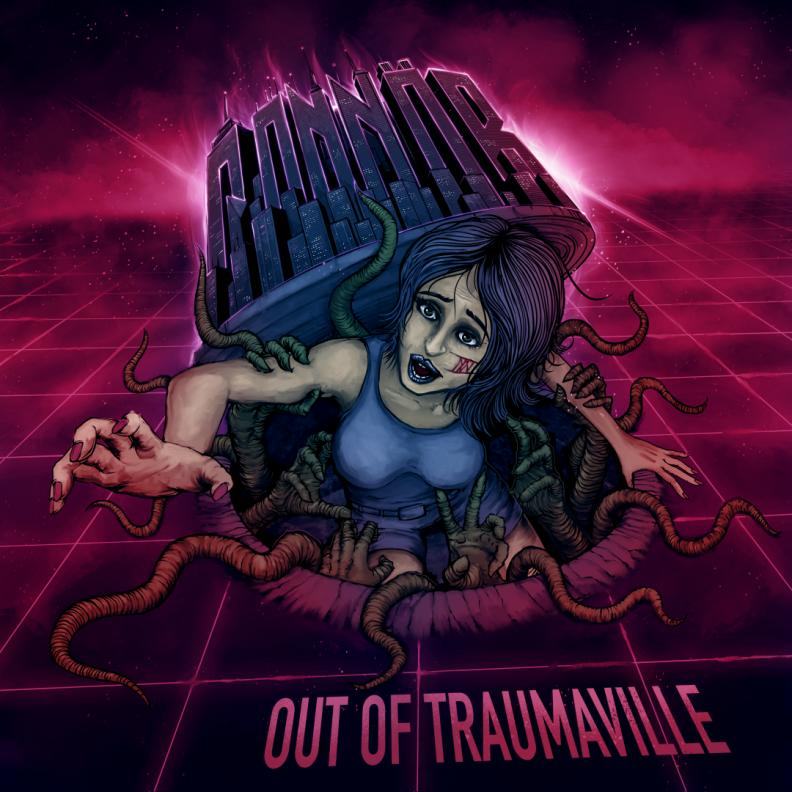 All music has been written, recorded, and produced by EFX, while Tom Newman has written all lyrics (apart from “Total Darkness,” “Neverending Nights,” and “On to Holy woöd”). A big Bravo goest also to talented Saxophonist Hugo Lee for the incredible playing on “Fire in Me,” to Vladyslav Tsarenko for the great Artwork, and everyone at White Sea Studio for the outstanding mixing and mastering work done on this album! Crystal clear production and fantastic arrangement make the whole album flow smoothly, leaving the listener in a dreamlike state of mind! “Out of Traumaville” is one of the best releases of 2020, and we can’t wait for CONNÖR’s next release!

Check the links below and discover more about CONNÖR, and don’t forget to add “Out of Traumaville” to your favorite playlists!