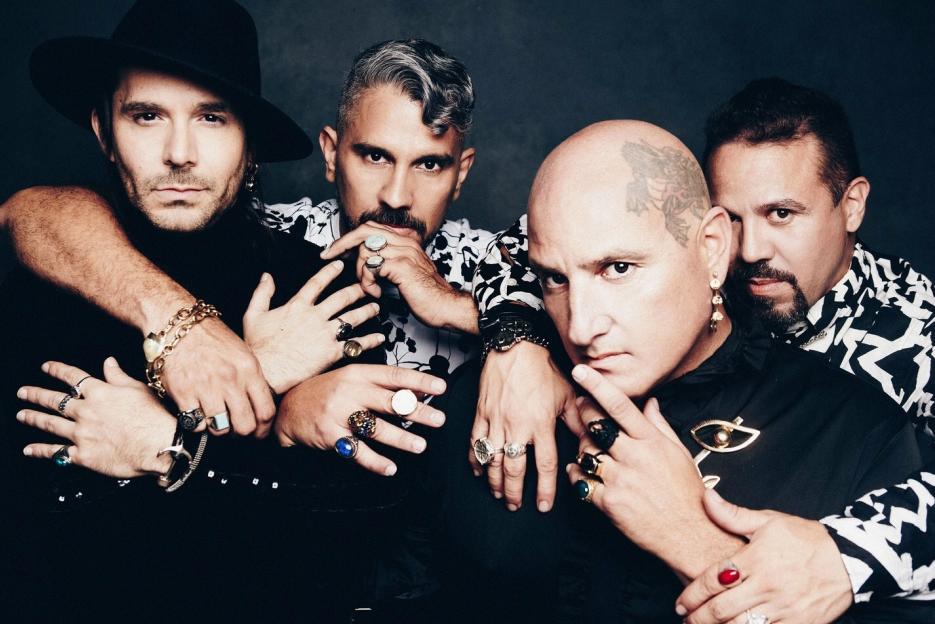 A few days ago we had the pleasure of receiving the exciting news that Circo is going to release a new album and today, at Planet Singer, we have the chance to listen to their first single “La Tormenta”, released this May 2020. After a long wait of over 13 years, the Puerto Rican rock band is back stronger than before with a new album “Adiós Hola”, that will include, together with “La Tormenta”, also other new singles such as “Tantos Años”, “Las Joyas” and “Si Tu Te Vas”, that the band is going to release each week during this Spring.

The Multiple Latin Grammy Nominee, strong of an incredible career and worldwide success, have recorded their new release “Adiós Hola“ in Puerto Rico, amidst earthquakes and a global pandemic. Moved but this situation the band decided to work on new music and we can feel how intense the new album will be.

“La Tormenta” is a beautiful track that reflects the style and sound of the band, but with a more modern and energetic approach. This ballad shines thanks to the incredible prove of brilliant singer Fofe behind the microphone, and for the incredible production and work of the whole band.

Circo’s new single, together with the following ones, is an important and emotional work that will resonate with everyone, especially during these hard times. You can feel the love and passion they put in this record and the emotions that only true art can give. Stay tuned for the 28th of May for the official release and don’t forget to show Fofe, Egui, David, and Orlando some love by supporting their long-awaited come back!

Check the links below to discover more about Circo and their incredible music and don’t forget to add their tracks to your favorite playlists!

West Of Corey’s latest single, “All Alone,” is OUT NOW!

Modesty Blue release their single, “Time of Your Life!”